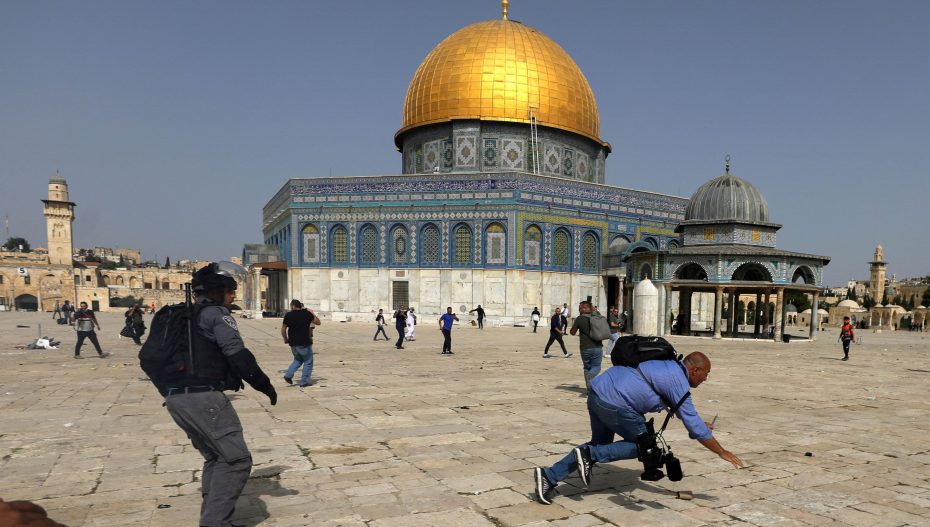 While the world’s attention is pinned on the Russia-Ukraine war, violent clashes erupted between Israeli forces and Palestinians at the Al-Aqsa Mosque in Jerusalem leaving at least 117 Palestinians injured. At least three officers were wounded by rocks thrown at them, Israeli police claimed.

The Israeli police entered the Al-Aqsa Mosque compound early this morning saying that masked men were stockpiling stones and other objects. Ultimately, the police’s entry resulted in provoking large scale clashes with the Palestinians gathered for morning prayers during the holy month of Ramadan.

While the holy site is considered the third holiest in Islam after Mecca and Medina, it is the holiest for Jews. Sacred to both Jews and Muslims, the site has often been the epicentre of Israeli-Palestinian unrest.

This year, Ramadan coincides with Passover, a major week-long Jewish holiday and Christian festival of Easter. It is a particularly sensitive period as thousands of devotees from all three religions are expected to visit the place.