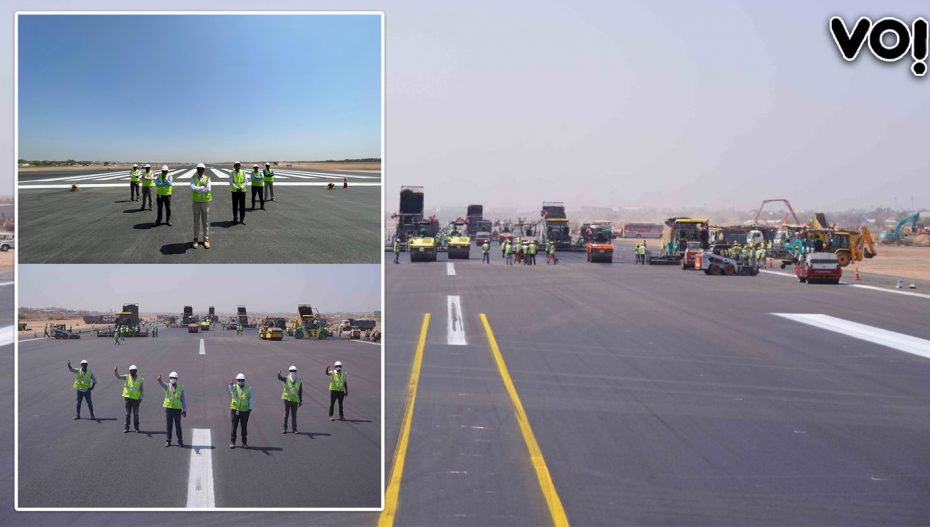 The Adani group on Thursday informed that the 3.5-km-long runway of the Ahmedabad airport had been revamped in 75 days. They claimed that this is the fastest remodification work done on any brownfield runway.

Ahmedabad’s Sardar Vallabhbhai Patel International Airport is the busiest in Gujarat with a daily turnover of 200 flights ahead of the time of the COVID pandemic.

Two lakh metric tonnes of asphalt were used for re-carpeting while 40,000 cubic meters of concrete were used for the runway drainage system, it mentioned.

Adani group earlier scheduled 200 working days to finish this project beginning from November 10. But, to improve the operational efficiency and reduce the inconvenience to passengers they had reset the target to 90 days by increasing the resources.

Subsequently, the project team completed the work in just 75 days while working for just nine hours per day without affecting the operation of scheduled flights, the Adani group stated.

Adani Airport Holdings Ltd., a conglomerate of Adani Industries Group, which has extensive experience in the field of infrastructure, had tackled the challenge of re-carpeting of runways without affecting the schedule of scheduled flights.

When the Adani Group took over the management of SVP International Airport in November 2020, Adani Airport Holding Ltd. noticed that the runway quality did not conform to high standards and obstructed drainage runways. The runway re-carpeting project was estimated to be completed in two phases in three calendar years as per industry standards. But the company took on the challenge of completing the entire operation in the shortest possible time.

In 2018, the Centre had listed six airports — Ahmedabad, Guwahati, Lucknow, Mangalore, Jaipur, and Thiruvananthapuram — for privatization of operations, management, and development for 50 years.

In February 2019, the Adani group emerged as the successful bidder for all the six airports.