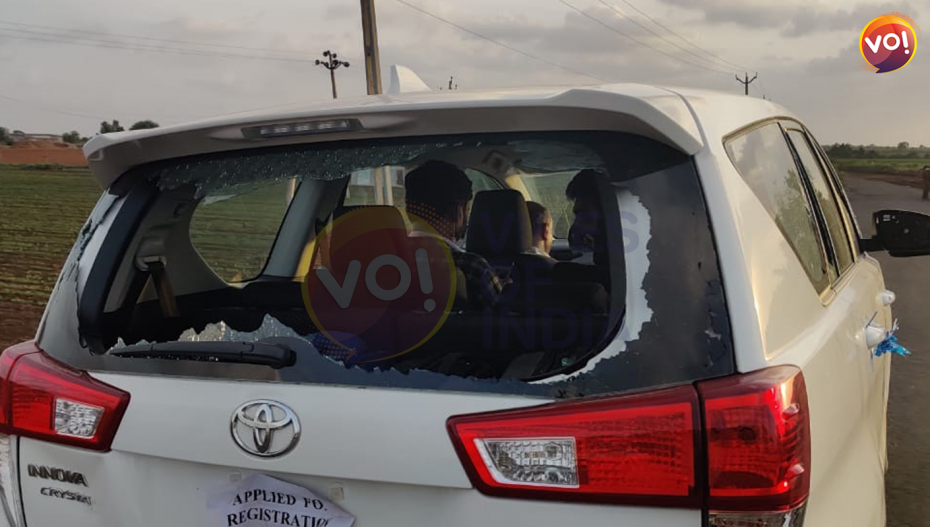 No political party has taken the Gujarat 2022 elections as seriously as AAP. Their young team is traveling across the State and enorlling new members. Today on thier way to Leriya village in Visavadar taluka of Junagadh district in Gujarat, the AAP car convoy which included the cars where Gujarat AAP president Gopal Italia and top leaders Isudan Gadhvi, Mahesh Sawani and Pravin Ram were traveling, was attacked by a group of youngsters. The AAP did not mince to cllearly spell out that the accused were BJP workers. They even released a video to establish that saffron scarves donning youngsters attacked the convoy. One AAP volunteer was seriously injured too and rushed a hospital.Pravin Ram also confirmed this, However, Junagadh district BJP president  Kirit Patel said the Sarpanch was going to join the BJP soon.

A FIR has been registered. AAP leader Isudan claimed in a Facebook live thereafter that when their team convoy was reversing the car, he heard smashing of the rear glass with an iron rod. He claimed BJP is scared of us and is already frustrated expecting defeat and hence had started this gimmick. However, BJP volunteers rubbed this off and said AAP was day dreaming.