AAP To Distribute Bhagavad Gita To BJP Members; Ready To Beat Saffron Party In Its Own Game? 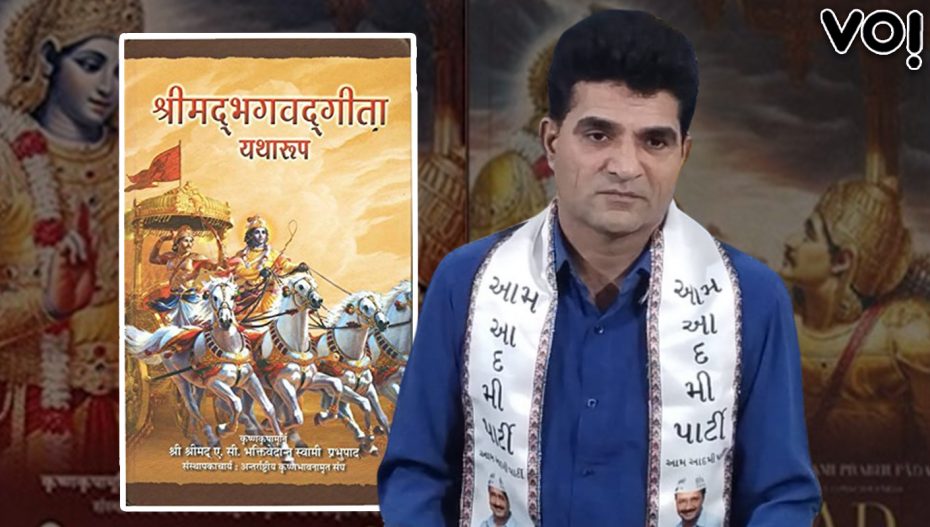 Hindutva is BJP’s brahmastra, their ultimate weapon. But this time, AAP seems to be beating BJP in its own game. The Aam Aadmi Party is going to distribute Bhagavad Gita to BJP members tomorrow.

Gujarat AAP leader Isudan Gadhvi on Wednesday announced about their move, saying “We are all Krishna devotees. When BJP leaders misquote Mahabharata, it hurts our sentiments. What’s worse is, none is here to apologise. Gujarat deserves an apology for this.”

“BJP members should read and learn Bhagavad Gita before preaching it. We will distribute our holy scripture to BJP members and spread awareness about our mythology. Such misquoting of Bhagavad Gita is not acceptable.” adds Gadhvi.

In March this year, State’s education minister Jitu Vaghani said in the Assembly that Bhagwad Gita will be a part of the syllabus of state-run schools from Classes 6 to 12. A specific budget will also be allocated for it in the education department.