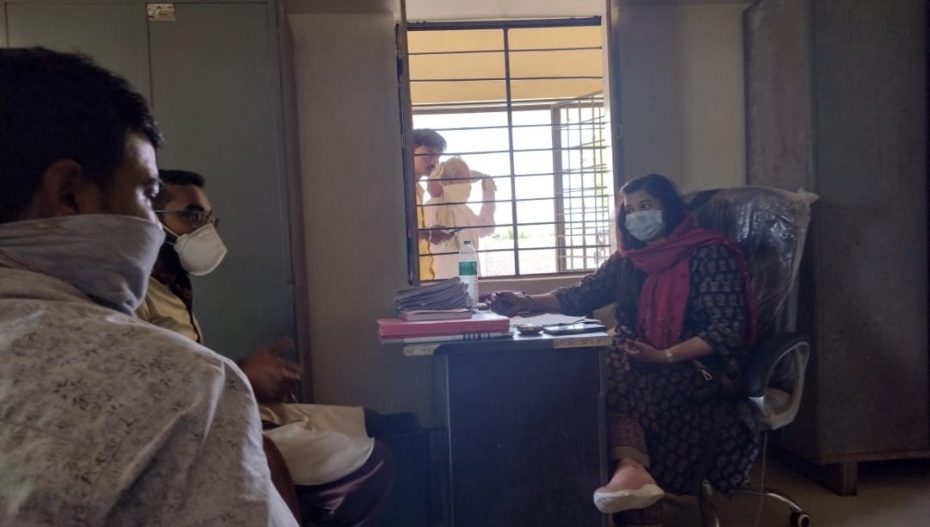 Anti-Corruption Bureau (ACB) Gujarat has arrested four people including Zarin Ansari, the Taluka Development Officer (TDO) of Shahera taluka of Panchmahal district of Gujarat, for demanding and accepting a bribe worth around Rs 2 lakhs.

A contractor had received a MNREGA tender for which he had to supply raw materials for road, well and check-wall in Shahera taluka. A check of Rs 2,75,00,000 under the MNREGA scheme and Rs. 1,71,00,000 under RRP scheme were approved from ShaheraTaluka Panchayat Office. The accused accounting assistant, Hemant Prajapati, WDT Agro, Kirtipal Solanki and TDO Zarina Ansari had allegedly taken separate amounts from the contractor to pass the same.

Hemant Prajapati and Kirtipal Solanki demanded an additional Rs 1 lakh each and the TDO demanded Rs 2,45,000 from the contractor via assistant engineer, Riaz Mansuri. Following this, unwilling to pay the bribe amount, the contractor complained to ACB.

Based on this complaint, the ACB set a trap wherein accounting assistant, Hemant Prajapati, WDT Agro, Kirtipal Solanki and asst. engineer Riaz Mansuri were called to receive the payment of the demanded amount. The ACB caught all the three red-handed while accepting the bribe. The TDO, Zarina Ansari was later arrested by PSI K.K. Dindod of ACB via mediator engineer, Mansuri.