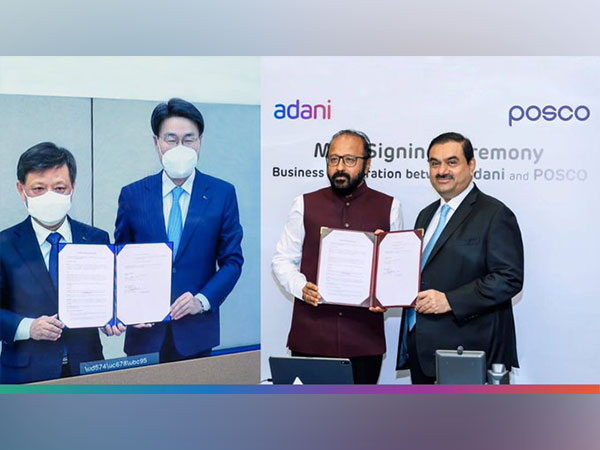 The fastest-growing Adani Group is continuously expanding its enterprises across the globe.

Adani has signed a five billion dollar agreement with POSCO, a global steel maker. The information of which has been made public by Gautam Adani, Chairman of Adani Group himself.

It is worthy to note that both the companies are of Gujarat origin.

In his tweet, Gautam Adani said, “Glad to begin a $5 billion partnership with POSCO, the world’s most efficient and advanced steelmaker, for a green eco-friendly integrated steel mill and other businesses in Mundra. It will boost manufacturing in India under Atmanirbhar Bharat. Jai Hind.”

“POSCO and Adani Group have agreed to explore business collaboration opportunities including setting up of a green, eco-friendly integrated steel mill at Mundra, Gujarat, as well as other businesses,” the company said in a statement. The investment is estimated to be up to USD 5 billion”.

The company said the mill will be based on POSCO’s state-of-the-art technology and state-of-the-art R&D capability. Both POSCO and Adani Group intend to use renewable energy resources and green hydrogen, in line with their respective ESG commitments to sustainability and energy efficiency.

Non-binding MoUs were also signed by the companies to collaborate in various industries such as renewable energy, hydrogen and logistics. Both sides are considering various options to collaborate and leverage the technical, financial and operational strengths of each company.

“This partnership will contribute to the growth of India’s manufacturing industry and the Atmanirbhar Bharat scheme run by the Government of India. It will also help strengthen India’s position in green businesses,” said Gautam Adani, Chairman, Adani Group.

POSCO CEO Jeong-woo and Choi called the partnership “a great synergy in eco-friendly business”. “I hope this cooperation will be a good and sustainable business cooperation model between India and South Korea,” he said.

Sensex Tumbles Down By 1,200 Points

Adani Wilmar All Set To Hit Capital Market With Rs...