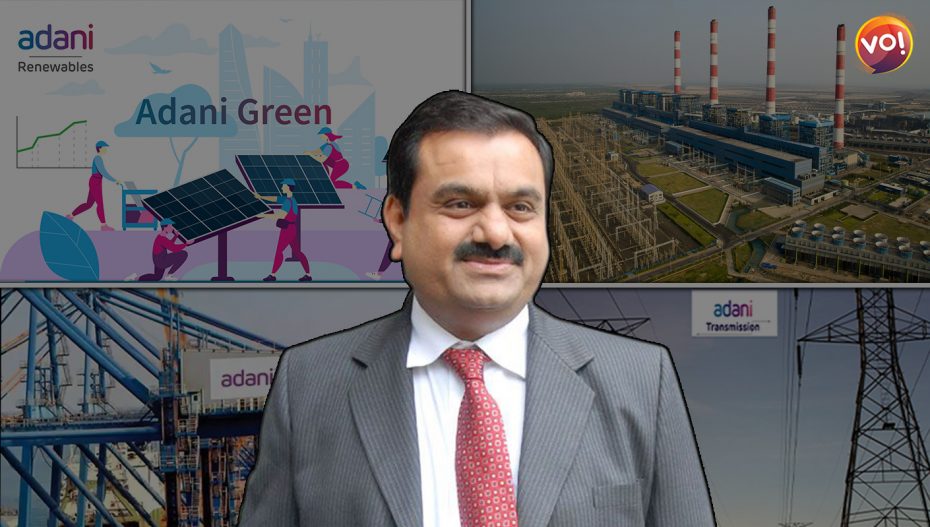 Three Gujarat investors have complained to the Ahmedabad Crime Branch that deliberately misleading reports by at least four journalists including a prominent news channel led to a huge loss on their investment.

The police application, whose copy is with Vibes of India (Vo!) states that this “huge loss was a part of a national conspiracy. As part of the conspiracy, wrong information and misleading news about the FPI of Adani companies were published in newspapers and broadcast on a channel which resulted in a massive price change in Adani stocks. The information was subsequently declared to be wrong but the huge losses we faced have to be addressed. The media should have been responsible. It was not just random reporting but an organised conspiracy”, the three investors wrote in their police application.

Four particular journalists ran almost similar sounding items in their publications and one news channel in June, claiming that shares of Adani group companies had corrected up to 25 per cent and after the National Securities Depository Ltd (NSDL) froze the accounts of three foreign funds that are among the top stakeholders in the Adani Group.

As a result, Adani Group stocks including Adani Green, Adani Transmission, and Adani Gas hit lower circuit on NSE, down five per cent each. Adani Enterprises slumped 20 per cent.

These publications and one channel, in particular, had screaming headlines saying “NSDL freezes accounts of three FPIs owning Adani Group shares worth Rs 43,500 cr. This is because of the disclosure of insufficient information on beneficial ownership as mandated by the Prevention of Money Laundering Act (PMLA).

Vibes of India spoke to The Ahmedabad police’s Crime Branch which confirmed that they received this application. Vo! spoke to one of the investors who too confirmed the news deliberately filed by these journalists appeared to be uniform in its misreporting, giving an impression that it was a part of a pre-planned conspiracy. We have approached the crime branch because we believe it is a serious criminal case”

A lady editor of a prominent news channel and three other journalists from Mumbai have been summoned by the Ahmedabad Crime Branch in this regard. from Mumbai, the police told Vo!.

“The Crime Branch has recorded the statements of all the four journalists as well as stock exchange official regarding the application. We are looking into the application and investigating whether a conspiracy was hatched by the TV media outlets with clear intentions and other concerns related to it. If the ACB finds any merit to the claims made in the application, then we’ll be filing a formal complaint against the media outlets,” the police said.

The news reports in question were published in June. Gautam Adani had subsequently spoken out against the Foreign Portfolio Investment(FPI) controversy.

Mr Adani had said that the controversy had caused unexpected fluctuations in the group’s share prices, which affected small investors, even though the companies did not have any regulatory powers to control the FPIs’ investments or disclosures.

Addressing the annual general meeting,  Mr Adani had stressed the group’s philosophy on investments. “We are inter-generational holders of equity. We focus on creating long-term sustainable value for our partners, our minority investors and ourselves”.

Mr Adani had made it clear that ” a section of the media “had indulged in “reckless” reporting on administrative actions of regulators, which resulted in a sharp fall in share prices. This caused unexpected fluctuations in the market prices of Adani stocks. Unfortunately, some of our small investors were affected by this twisted narrative in which some commentators and journalists seemed to imply that companies have regulatory powers over their shareholders and that companies can compel disclosure,” he had said.

“All Adani stocks generated returns over 100 per cent — and our businesses ensured that we returned close to Rs 9,500 crore to our shareholders. This is a 166 per cent YoY increase in profit after tax,” Gautam Adani had said in July.

He had added that no matter which business the group is involved in — seaports, airports, logistics, natural resources, thermal and renewable power generation, transmission, data centres, defence, Agri and food, real estate, city gas utilities, among others — he believes all of them are individually capable of delivering high growth.