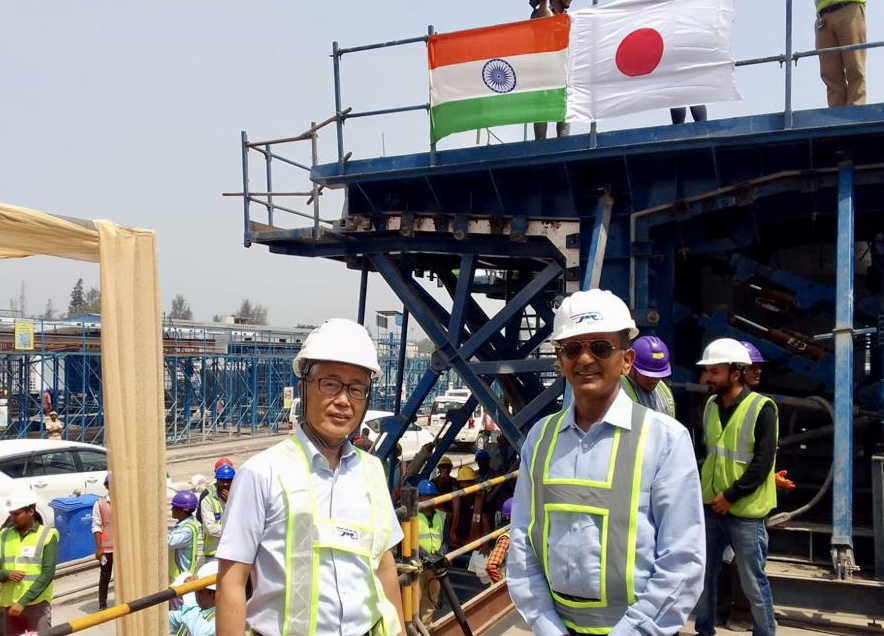 Satoshi Suzuki, Japan’s ambassador to India, stated on Tuesday that the Ahmedabad-Mumbai bullet train project is progressing well. For the first time in India, Japanese technology is being used to build a high-speed rail track.

“I have observed the civil work of the bullet train project in progress in Gujarat,” Suzuki said after visiting the building site of the bullet train station in Antroli village in Surat. “For this project, we are transferring technologies to the Indian equivalent. We’re also pleased with the project’s progress.”he added.

The bullet train project is being implemented by National High Speed Rail Corporation Ltd (NHSRCL).”We are moving in the direction of finishing the project by 2027, a target provided to us by the railway minister,” NHRCL managing director Satish Agnihotri said.

In Maharashtra, project has got roughly 68.7% of the land acquired, while in Dadra and Nagar Haveli (Union territory), 100% of the land is acquired.

Important to note here is that the bullet train project between Mumbai and Ahmedabad is 508.17 kilometers long. Between this 500 odd kilometers there are around 12 proposed stations out of which eight are in Gujarat and four in Mumbai. In Gujarat, there are stations proposed in Vapi, Bilimora, Bharuch, Surat, Vadodara, Ahmedabad, Anand and Sabarmati.