Amrit Mahotsav Of Azadi: MLA In Police Custody For Asking The PM To Appeal For Peace Against Communal Violence 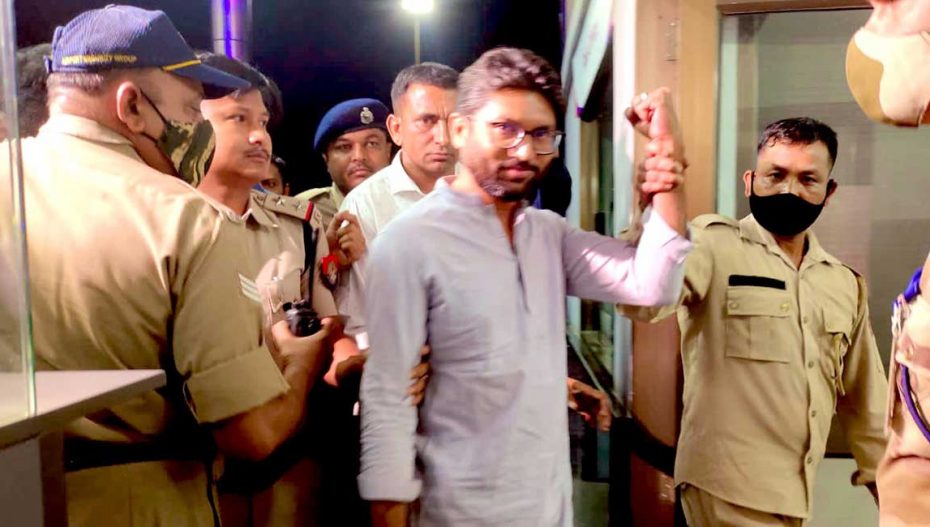 MLA from Vadgam Constituency in Gujarat, Jignesh Mewani was arrested by Assam police at 11h 30 PM yesterday. The reason provided is one of his tweets. Here is the English translation of his Hindi tweet:

MLA from Vadgam Constituency in Gujarat, Jignesh Mewani was arrested by Assam police at 11h 30 PM yesterday, in the year of Amrit Mahotsav of Azadi. The reason provided is one of his tweets. Here is the English version of his Hindi tweet:

“Prime Minister Narendra Modi, who considers Godse as his God, is on a Gujarat tour since the 20th of April. I request him to appeal for peace and tranquillity against the communal violence which took place in Himmatnagar, Khambhat and Veraval in Gujarat.

Why can’t an MLA expect even this much from the Prime Minister of a country? Not even an appeal for peace? Pty that even this amount of freedom of speech and freedom of expression is not left in the country!

The Assam government seems to have been offended by the longish adjective used for Modi, “the one who considers Godse as his God”.

Here “Godse” refers to Nathuram Godse, the assassin of Mahatma Gandhi. It is up to Modi to declare whether Nathuram Godse is his God or not. Random BJP state government can not jump in the wagon on Modi’s behalf.

It is not conceivable in today’s environment that the Assam police would take such a step without the tacit approval of the Modi government. The intention seems to be to harass Jignesh Mevani in a way that he will have to spend his time between Assam and Gujarat
and cannot devote enough time to campaigning in Gujarat during the Assembly elections. BJP governments are known to file police cases against political opponents.

The Amrut Mahotsav ( Platinum Jubilee) in the 75th year of independence is being celebrated. Who is celebrating and how can easily be seen from this and many such incidents.

Boost To Medical Tourism, AYUSH Visa Category In The Offing For ...

Why Should I Listen To Narendra Modi, Says Rahul Gandhi