As Budget 2022 Looms, Concerns Around Manufacturing, Jobs And Wages Persist 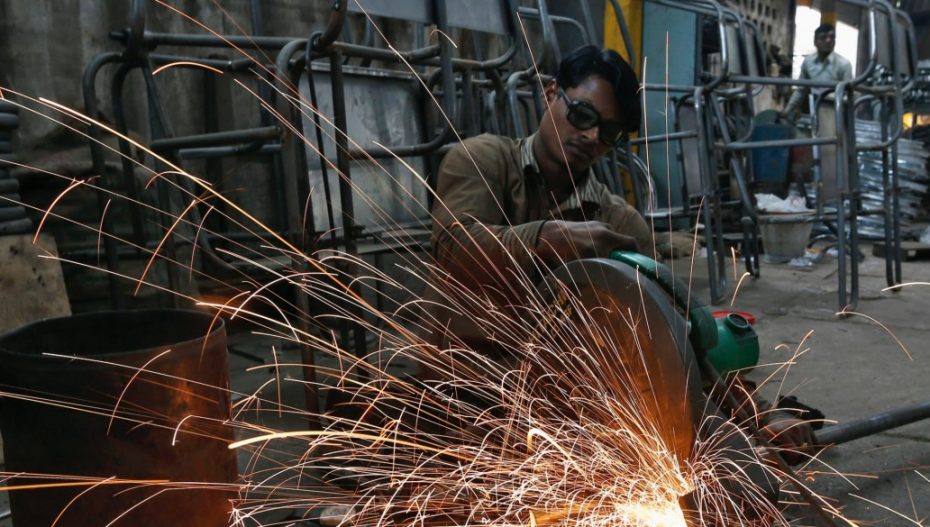 Underpinning the crisis of rampant unemployment besieging the Indian economy is the struggle of the Narendra Modi government in tapping India’s potential as a global manufacturing hub.

Ironically, redesigning India’s economy into such a hub was the very premise of the ‘Make in India’ initiative, the failure of which is central to the larger arc of India’s tanking manufacturing capabilities and its accompanying symptom of widespread unemployment.

Distressingly for the Indian economy, it has been witnessing a reverse labour migration, the magnitude of which would put any other emerging or developed economy in a crisis mode. Between FY’19 and FY’20, somewhere in the ballpark range of 40 crore to 47 crore labourers migrated from working in factories to farmlands. This kind of reverse migration bodes ill for any country, particularly for India, which has the second-largest workforce in the world after China.

This collapse in the industrial workforce has long been in the making. India’s manufacturing heft has been trending downhill for quite some time now.

From FY’06 to FY’12, India’s manufacturing GVA grew by an average of 9.5% per year. However, in the six years’ duration after that, the manufacturing sector has grown at a disappointing pace of 7.4%.

Additionally, the manufacturing sector’s share of the GDP has also remained stagnant in the range of 16-18% missing by a mile the avowed target of 25% contribution by 2022.

With India’s manufacturing continuing to disappoint, labourers and migrant workers find themselves without avenues of fruitful employment and have been effectively pushed into a debt spiral. But the blame for the fall cannot entirely be pinned on the pandemic. The pandemic only accelerated a worsening condition. Manufacturing jobs and wages were already heading south before the pandemic struck.

Before the pandemic, a pall of the slowdown had battered India’s consumption appetite, and consequently the workers’ wages. Real wage growth in the manufacturing sector was contracting by the second quarter of FY’20. In September 2019, it shrunk by 2.8% on a year-on-year basis and by the quarter ending March 2020, the contraction was as high as 5.3%.

According to CEDA-CMIE data, employment in the manufacturing sector declined by an incredible 46%, that is, from employing a little over five crore labourers in FY17, it employed only 2.9 crore labourers in FY21. Wage bills of listed manufacturing companies are also quite indicative in this regard: Compared to Rs 53,000 crore in September 2018, the amount fell to Rs 48,500 crore in June 2020. The wage bill did reach Rs 60,000 crore in September 2021, but even then the wage growth rate since 2018 works out to a dismal 4% on an annualised basis. What’s more, this wage growth is nominal and carries little meaning when one accounts for the high inflation surging through the country.

Couple the collapse in manufacturing job availability and wage growth with the rise of debt levels in India. Numbers from an SBI report states that household debt has doubled in the last decade. The India Debt & Investment Report 2018 states that indebtedness has spiked up rural and urban households, more so for the former which registered a rise in average debt of 84% compared to the urban poor class whose indebtedness grew by 42%.

The ‘State of Working India 2021’ report released by Azim Premji University highlights the misery faced by poor households. Per capita, monthly household income, as per the report, dropped by 30% to Rs 3,869 in April 2020 from Rs 5,518 in February 2021. The drop was far more acute for those in urban areas during the pandemic as economic activity had come to a complete halt in urban areas vis-à-vis rural territories. A family of four in an urban area witnessed a drop in income of Rs 14,495 (a 50% drop) whereas the one in a rural area lost an income of Rs 5,206 (a 28% drop).

Such a precipitous fall in income could only be made up by incurring debt. A survey carried out by the same university revealed that 22% of households had to resort to pawning or selling assets to make up for the income deficit while 43% of those surveyed said that they had to resort to borrowing from friends, relatives and local moneylenders. It is here that the stark failure of Make in India stands out glaringly. A truly successful Make in India scheme, instead of overseeing a colossal job loss, would have helped dent, if not avert, the massive unemployment spectre haunting the Indian economy. On the three touchstones of ratcheting up the manufacturing sector’s contribution to the GDP, increasing the income of the industrial labourer and pushing the annual growth rate of manufacturing to 12-14%, the scheme flounders disastrously.

In India, the manufacturing sector is divided into two camps: on one end lie small firms that employ 6-9 workers and 10-49 workers, and on the other end lie large firms comprising 500+ employees. The middle rung – those that employ 50-499 employees – are missing in the Indian industrial landscape. The balance is tilted towards the small and large firms that cumulatively employ 75% of the Indian manufacturing workforce, whereas the remaining 25% is with the intermediate firms i.e. the middle rung.

An Economic and Political Weekly special article states that there hasn’t been a major change in the distribution of firm sizes between 2001 and 2011. This is bad news, given that small firms are 13 times less productive than large firms. Small firms also offer low-paying jobs with little or no job security, leaving the worker at the mercy of the entrepreneur. One path out of this predicament lies in assisting small firms to graduate into the mid-size firm league and helping mid-sized firms become large firms.

Make in India was launched with much hoopla and fanfare in India. Touted as one of Modi’s flagship schemes, it was fashioned as the magic bullet that will boost India’s domestic production and help it replace China as the factory of the world. While China’s reliance on manufacturing has yielded rich dividends for its labour class – wages adjusted for inflation shot up by 11.4% annually between 2009 and 2014 – no such benefits have accrued to the Indian worker. In the larger macro-economic picture, initiatives like demonetisation and a botched implementation of GST has served only to wipe out MSMEs and erode businesses of small industrial firms.

During the boom period of 2002-20011, India registered strong export growth as well as a robust rise in investments. Private consumption acted as another major thruster of the economy.

However, post 2013, a lot of private consumption has been on the basis of incurred debt and at the cost of erosion of household savings. This trend of heightened leveraging and falling incomes was evident in the balance sheets of financial and non-financial corporate firms as well. A study by the National Council of Applied Economic Research validates the fall in income as well as consumption under the BJP government. It states that for the states of Rajasthan, Bihar and Uttarakhand, per capita income grew by 3.5% whereas per capita consumption grew only by 2.7% per annum. The same study cites that during FY05 and FY12, income grew by 7.2% while consumption grew at the nearly double the rate of 4%.

Gujarat Industries To Have A Mix Of Union Budget

Union Budget 2022: India To Have Its Own Digital Rupee This Year