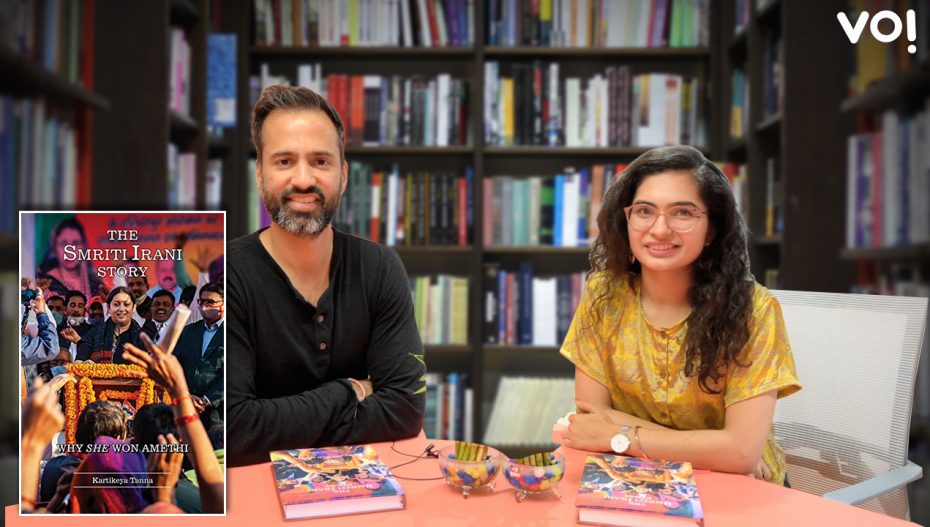 Irani’s intervention in another issue that the people of Amethi faced for several years is symbolic of how, for Irani, Amethi wasn’t simply an electoral battlefield.

Pipri is a village in Amethi district encompassing an area of approximately five and a half square kilometers. When Irani visited Pipri during her 2014 campaign, the residents bluntly told her that they would be boycotting the elections. Why?

A long-held grievance of the residents of Pipri village was that their houses and farms were increasingly getting submerged in the Gomti river, a portion of which flows through Pipri. Moreover, a portion of a road connecting Pipri and other adjoining villages to the main highway was damaged due to floods in 2008. Every time it rained, it became impossible to traverse the road, thereby depriving children from being able to go to school.

Repeated requests to the local Member of Legislative Assembly, collector’s office and to Rahul Gandhi were made to no avail. This was despite the fact that, of the approximately 5,000 voters eligible to vote in Pipri and adjoining villages, over eighty percent had voted for Rahul Gandhi back in 2009 as per the village chief.

Irani told them back in 2014 that, in a democracy, the most valuable right that a citizen has is to vote for a desired candidate or vote against a candidate who hadn’t fulfilled promises. They simply replied that, when leaders within the Congress party were unable to meet Amethi’s Member of Parliament, their ability to meet their Member of Parliament was a far cry.

Irani assured residents of Pipri village that, regardless of the outcome of the elections, she would not forget their grievances. The village chief said they had trusted politicians for too long and, while they would not mind giving Irani their blessings, boycotting the elections was a decision they had already made.

After her loss in 2014, Irani, during one of her trips to Amethi, got a delegation of the Modi government to Pipri to understand the details of the issue that Pipri faced. Within a year of the 2014 Lok Sabha elections, in June 2015, Irani accompanied some of Pipri’s residents and the district president to a meeting with Uma Bharti, the then Union Minister for Water Resources, River Development and Ganga Rejuvenation. Bharti sanctioned funds for the project which entailed construction of an obstacle wall, assuring Irani that she and other colleagues in the government would help Irani in her resolve to find a solution for the residents of Pipri.

While Pipri’s residents had lost their hopes in democracy, resulting in them boycotting their most fundamental right, Irani used that same democracy to redress a serious threat they were encountering every year.

Irani took potshots at Rahul Gandhi for failing to address these long-pending demands. A few days prior to this meeting, Irani had posted a tweet to Rahul Gandhi that she would be in Amethi soon and that she expects to see him there. Irani was effectively signaling a challenge to Rahul Gandhi four years in advance of the next elections in Amethi.

In due course, the Modi government notified the then state government led by Samajwadi Party’s Akhilesh Yadav to invite tenders from private contractors in order to select one of them to commence construction of an obstacle wall. The implementation of this project was within the jurisdiction of the state government which, Irani alleged, kept getting delayed.

As it turned out, in the first quarter of 2017, Irani’s party – the BJP – won the Uttar Pradesh Legislative Assembly elections, replacing the Akhilesh Yadav government. Irani persisted with the problem Pipri was facing. She got in touch with the BJP government led by Chief Minister Yogi Adityanath to expedite the implementation of the project for which funds were already sanctioned. The project to build a two-kilometer-long obstacle wall immediately commenced. During her visits to Amethi, she kept inspecting the progress of the construction. Pipri was watching with surprise as well as relief that a politician who had made them a promise was fulfilling it despite the fact that Amethi hadn’t elected her.

Was Irani’s persistence aimed at winning the votes of Pipri’s residents in the next election? There are two factors to consider.

Firstly, the total number of voters in Pipri and in the directly adjacent small villages around it were around 5,000. The total number of voters eligible to vote in the entire Amethi constituency in 2019 were 17,43,515. Undoubtedly, for a politician, every vote counts. And a politician only wins because of the votes (s)he gets. However, the number of votes Pipri could send her way, when contrasted with the magnitude of effort she undertook in resolving the issue which threatened Pipri every year, gave an indication of what Pipri, in particular, and Amethi, as a whole, meant to Irani.

Secondly, was there any certainty back in 2014 that Irani would again be BJP’s candidate in Amethi in 2019? We shall soon explore.

Excerpts from the book The Smriti Irani Story Why She Won Amethi by Kartikeya Tanna.