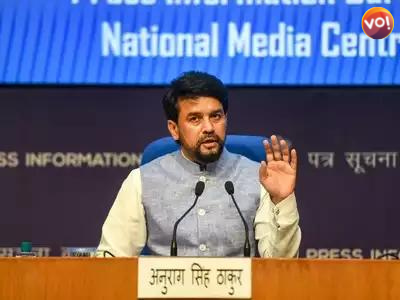 The “Red Carpet” at the 75th Cannes Film Festival promises to be a spectacular event for Indians. Big names from Bolly will walk the length on the inaugural day, May 17. Union minister for Information and Broadcasting, Anurag Thakur, will lead India’s delegation to Cannes.

To be held between May 17 to May 26, the organisers have decided against wearing masks or requiring COVID tests.

Significantly, the 75th Cannes coincides with the 75th year of India’s Independence. Furthermore, for the first time in its history, India has been named the official “Country of Honour’” at the upcoming Marche’ Du Film in France, which is held in conjunction with the Cannes Film Festival. This forum is a gateway for new start-ups in the audio-visual industry as much a conglomerate of the business of films.

Animation Day, on May 22, on will feature ten professionals. And chosen from India is R. Madhavan’s “Rocketry: The Nambi Effect,” a biographical drama film depicting the life of Nambi Narayanan, a former scientist and aerospace engineer of the Indian Space Research Organisation who was wrongly accused of espionage, will be one of the festival’s highlights this year. Madhavan’s film, a self-produced venture, will be premiered on May 19.

Alongside, India has been granted five films in the “Goes to Cannes Section.” The finalized four include:

Additionally, on May 22, one cinema theatre, “Olympia Screen,” will be dedicated solely to India for the screening of “Unreleased Movies.” This category too has five movies. The Cannes Classic area will screen a remastered classic of Satyajit Ray’s Pratidwandi to commemorate his centennial.

All Eyes on Salman At Eid Bash Of The Season