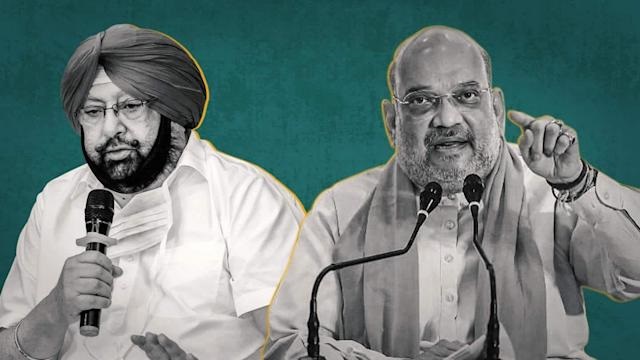 Former Punjab Chief Minister, Captain Amarinder Singh on Wednesday said that he will meet Union Minister for Home Affairs, Amit Shah to discuss the issues related to the Centre’s three farm laws to bring possible solutions to the ongoing farmers’ protest. He will meet the Union Home Affairs Minister today along with some agricultural experts.

“Tomorrow I am going to meet Home Minister Shah and 25-30 people will go with me,” he told reporters during which he also announced the formation and launch of his new political party as soon as the Election Commission of India approves its name and symbol.

“I think I can help in finding a solution as I have been the Chief Minister of Punjab and am also an agriculturist,” said Singh.

While there could be no pre-decided formula for the resolution of farmers’ protest but something will come out during the talks as both sides – the Central government as well as farmers — want a solution to the crisis caused due to the new farm laws, he said.

He further said that he had met the Union Home Minister in the past on farmers’ issues for three times now and had deliberately not met any farmer leaders as they did not want politicians to be involved in it.

The farmers are protesting against the three new farm laws of Centre since November 26 last year, with a demand to repeal the laws.