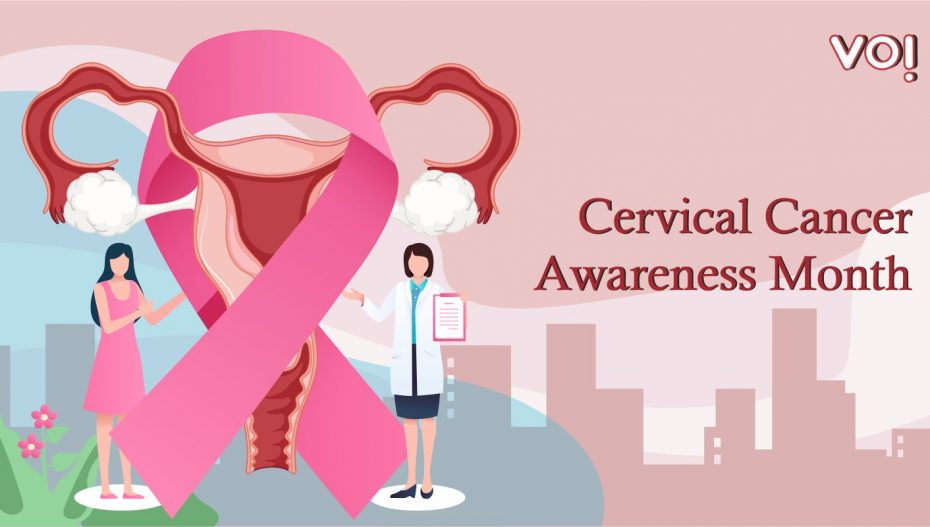 The fourth most common former of cancer in women around the globe, India contributes to a fourth of cervical cancer cases, with 1,22,844 cases every year.

“Cervical cancer is easily preventable and is one of the most common cancers in developing countries. But we do not have a national programme in India, unlike developed countries,” gynaecologist Dr Mitali Vasavada, founder and managing director, Vasavada Healthcare, says, “There is little awareness in India regarding cervical cancer because female reproductive organs are still a taboo topic for us.”

Most cervical cancers are caused by the Human Papillomavirus (HPV), which is a common viral infection of the reproductive tract. It could take two decades from contracting the viral infection to developing cancer. Most sexually-active women contract the infection at some point in their lives, with or without symptoms.

“Associated causes, like too many childbirths, smoking, and lifestyle factors like stress, lack of exercise, lack of healthy diet, multiple sexual partners, increasing parity and miscarriages can add to the risk,” Dr Vasavada adds.

Of as many as 100 types of HPV, 14 strains are high-risk and responsible for cancer. Most infections caused by HPV are cleared by our immunity system. However, in a few high-risk strains, the virus remains in the body for over two years and can then develop into cervical cancer.

Symptoms of cervical cancer include excessive white discharge, pain in the lower abdomen, abnormal bleeding (bleeding during or after sex, spotting between menstruation cycle) and postmenopausal bleeding.

“The problem is these warning signs in cervical cancer come in very late. By that time, patients could already be in a late-stage 2 or stage 3,” Dr Vasavada explains.

Regular screening with a gynaecologist is the easiest way to detect the virus in the early stages. “Regular pap smear tests are very important,” Dr Vasavada says.

Women between the age group of 21 -65 should get pap smear tests regularly. However, after the age of 55, the tests can be done every five years, according to Dr Vasavada.

Like all virus-related diseases, a vaccine for HPV is available in India and one that can prevent cervical cancer. Ideally, the vaccination age would be 9-14 years, before beginning any sexual activity. Even after vaccination, one should continue the progress of regular screening.

Quick 10-er To Add A Decade To Your Life

Importance Of Prebiotics And Probiotics For Holist...