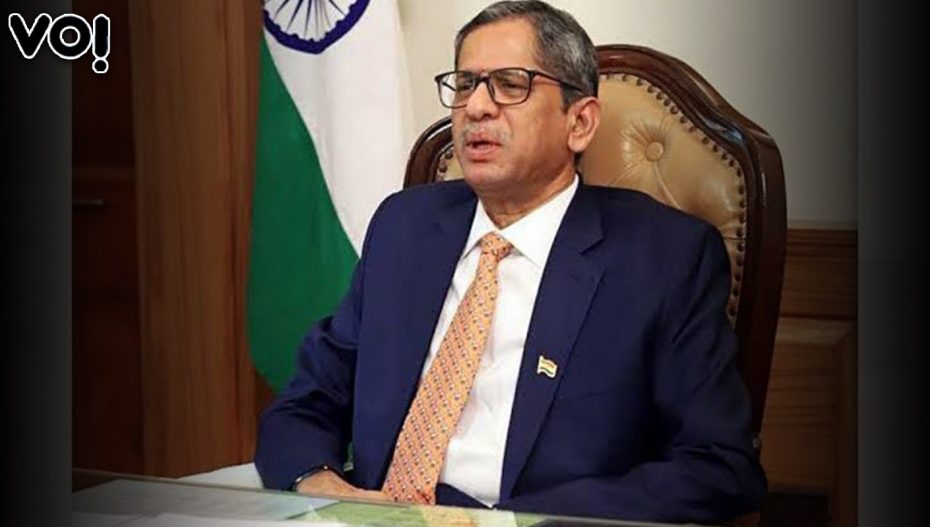 Speaking at the foundation stone laying ceremony of the Administrative Block of Madras High Court Saturday, CJI N.V. Ramana made a rather pertinent observation. “In this era of instant noodles, people expect instant justice,” he stated while talking about justice being the need of the hour in these times of distress.

The Hon’ble CJI further stressed on the need to evaluate all aspects of a given situation before arriving upon the verdict. “From Test match mode, we have moved to 20-20 format. We prefer short duration entertainment over 3-hour long movies. From filter coffee we have moved on to instant coffee. In this era of instant noodles, people expect instant justice. But the people don’t realise that real justice will be a casualty if we strive for instant justice,” as he put it. Judges have to sharpen their ideas and perception, expand their knowledge and become technology enabler, he added.

He said that people look up to judiciary in times of distress and firmly believe that their rights will be protected by the courts. “It is important to contemplate how to improve the functioning of the judiciary and how to reach out to people to fulfil justice needs,” the CJI opined.

In this regard, he reiterated that he is a proponent of Indianisation of judiciary. Explaining further, he said: “It is a multi-dimensional concept. It calls for inclusivity, providing access to people to participate in proceedings, removal of language barrier, reforms in practice, development of infrastructure, filling up of vacancies, augmenting the strength of judiciary and so on,” the CJI stated.

He also highlighted the importance of improving court infrastructure. “Infrastructural development forms one of the core ideas with the expanding economy and growth in population. Population is rising alarmingly. But there is a severe gap between existing infrastructure and projected justice needs of the people,” the CJI said.

He also appreciated the work done by Tamil Nadu Chief Minister MK Stalin in this regard. “While TN has been working to improve judicial infrastructure. I wholeheartedly appreciate the efforts of chief minister Stalin. As chairperson of the National Judicial Infrastructure Authority, both at national and state levels, I have already proposed a national court development project,” the CJI informed.