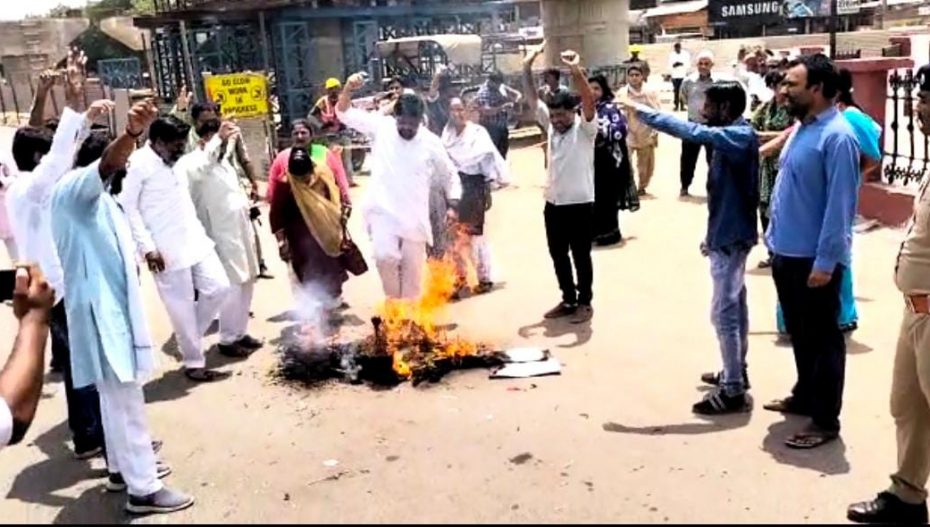 During the protests, the workers set an effigy of Prime Minister Narendra Modi ablaze. They said, “This country runs by Babasaheb’s constitution, we are not afraid of traitorous Sanghis.”

Following the burning of the effigy, the workers and office bearers of the Congress party were arrested by the Kutch Police.

In a tweet, Yajuvendrasinh Jadeja said that the government was afraid of them and so it calls onto the police force.

Demand for release of Independent MLA and Dalit leader Jignesh Mevani has been trending on Twitter under #FreeJigneshMevani .