Covid Surge In Gujarat Is Omicron, Only The Government Doesn’t Admit It 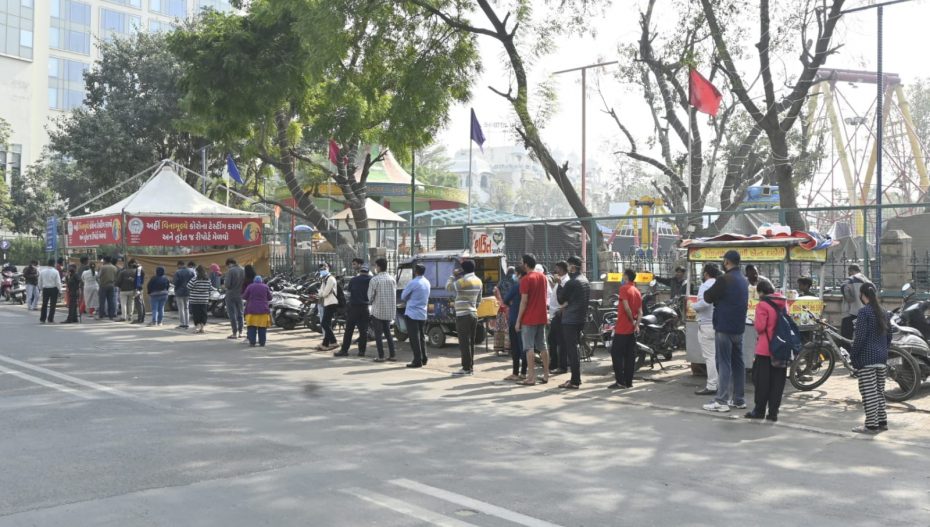 The Gujarat Government has stated that there was no Omicron case during the past week but citing the surge in Covid-19 cases from a daily average of 1,000 on January 1 to over 10,000 now experts have claimed that these are largely the new variant’s infections.

The state health ministry’s daily bulletins of Covid-19 cases have been missing the number of patients infected by Omicron in the past week. The data, which initially had the details of both overall Covid infections and the cases of Omicron confirmed by post-genome sequencing, has done away with the Omicron specified numbers.

Experts point to the national as well as the international trends to reason that this surge of cases are of Omicron infections, a fact that is confirmed by the State officials too but none wants to admit this on record. According to an official, the reason could be the State Government doesn’t wish to create a scare.

With Gujarat Biotechnology Research Centre (GBRC) maintaining that they receive “seven to ten” samples for genome sequencing, and the entire country reporting a surge in the Omicron cases – expected to reach its peak by early February – it is highly unlikely that Gujarat has no Omicron infected patients. GBRC Director Dr Chaitanya Joshi was not well and not available for comment on how many samples have tested Omicron positive in the last seven days.

The State Government, which was accused of fudging the Covid numbers during the second wave, has not provided an update on the Omicron tally in the past week. Sources in the government claim that this could be because the number of Omicron infections far outweighs Delta (another variant of concern), the state has stopped putting out the updated figures. The sources say this is to “allay anxiety among the public”.

Data plays a major role in dealing with any pandemic. The numbers not only help the authorities to plan the further course of action, but it also allows the experts to identify the changes in a trend, if any, and predict the incoming severity or stabilising of any disease. “The data, when put in public, also helps in avoiding a stage of ‘complacency’ in the general public,” a senior member of Covid-19 task force told Vibes of India (VoI), requesting anonymity.

The Omicron variant was first reported to World Health Organisation (WHO) from South Africa on November 24, 2021. In the United States, the areas that were among the first to see a surge of the Omicron variant last month, are reportedly seeing “level off or decline in coronavirus infections”, according to the findings of the New York Times. To say that the parts were seeing a level off or decline was possible of the accurately running database of the country.

Marco Cavaleri, the Head of Vaccines at the European Medicines Agency, recently in a press briefing stated that in the event of a current situation where Omicron is causing more infections but is less severe in terms of the need for hospitalisation, it could result in an endemic. “What we are seeing is that we are moving towards the virus being more endemic,” Cavaleri had said. Cavaleri’s prediction was also after reading the numbers across the globe and finding a pattern.

While “allaying public fears” could work as a convenient excuse for the state machinery, it also acts as a roadblock in upping the health infrastructure according to the requirement, a health official pointed out.

Omicron Does Not Protect Against Reinfection, Studies Reveal