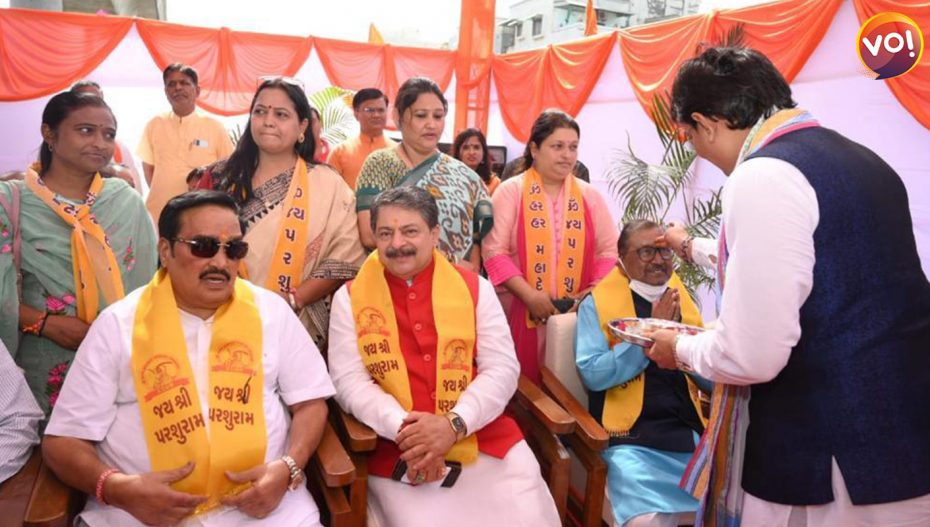 CR Paatil unveiled the statue of Panchghatu Parshuram made by the Ahmedabad Municipal Corporation (AMC) on the occasion of Parshuram Jayanti. Parshuram Jayanti is a Hindu festival celebrated in India as the birth anniversary of Lord Parshuram, the sixth incarnation of Vishnu. CR Patil inaugurated the statue at Vyaswadi Char Rasta, Vadaj. Chief Minister Bhupendra Patel was also a part of the ceremony and was felicitated with flowers.