Dot The I In Bigotry: Why FabIndia Bindi Controversy Is Ridiculous? 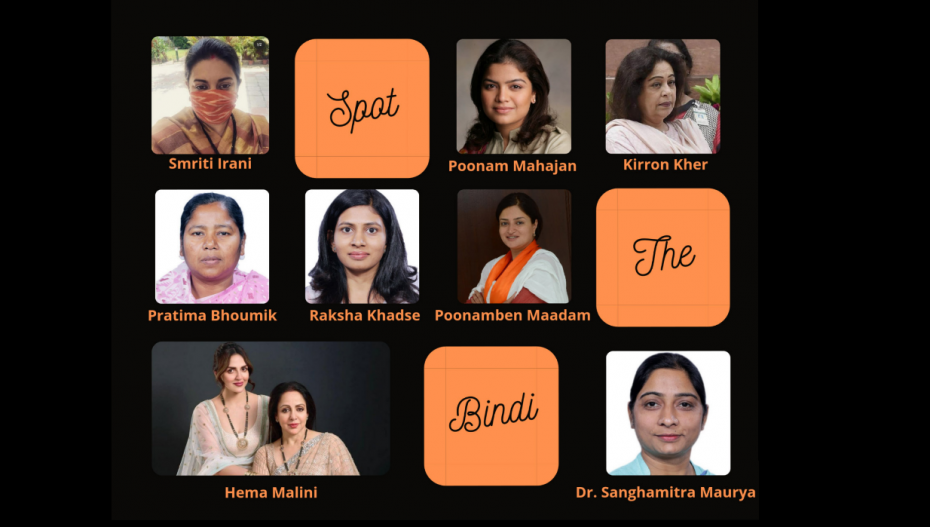 As proud Indians in our twenties, we are amazed at the controversy raging over FabIndia using an Urdu name for its Diwali collection and the brouhaha over the models in the garment company’s advertisement not sporting bindis.

We often wear Indian clothes. Recently during Navratri, we also wore traditional chaniya cholis. And no, we don’t sport bindis. Neither do our mothers. In fact, in Gujarat, many women do not put on bindis these days.

It was shocking to read how FabIndia’s latest festive collection found itself in hot water. As representatives of the young and vibrant New India, first, it appeared amusing that someone could object to the name of the festive collection, Jashn-e-Riwaaz.

As the issue snowballed, we found it even more tragic that there were people who were dubbing the FabIndia collection as a “deliberate attempt of Abrahminisation of Hindu festivals”.

We know politics and religion are one in New India. Now, we also came to know that fashion and religion are interlinked in our beautiful country. Yes, India is the world’s largest democracy. But why is democracy becoming a cosmetic label without any of its inspiring tenets these days?

The advertisement featured models wearing ethnic outfits, minus the bindi. But, as we have shown above, that’s not an uncommon thing. To oppose the name ‘Jashn-e-Riwaaz’ as Urdu is also very foolish. Simple, everyday words like mez (table), aurat (woman), dost (friend), bahadur (brave), kissa (story), kismet (destiny) and waqt (time) are all derived from Urdu.

Breaking news, Azadi itself is a word derived from Urdu. It is a foreign word if people want to believe that Urdu is not an Indian language. In Gujarati, Hindi and various other Indian languages, there are videos with top BJP leaders mentioning the word Vatan (homeland). Who can forget the song Mere Vatan Ke Logo, sung by the incomparable Lata Mangeshkar?

Breaking news again, Vatan, too, is an Urdu word.

So if Jashn-e-Riwaaz of FabIndia was opposed leading to the chain withdrawing the advertisement claiming it is not a Diwali collection, why is no one in this country opposing the word Azadi (freedom)? Why are we using this Urdu word?

He wrote, “Deepavali is not Jash-e-Riwaaz. This deliberate attempt of Abrahamisation of Hindu festivals, depicting models without traditional Hindu attires, must be called out. And brands like @FabindiaNews must face economic cost for such deliberate misadventures.”

A Twitter user named Rudra, who has as his profile picture a photo of a Hindu-god-like figure embracing Narendra Modi, tweeted: “Simply #BoycottFabIndia Need to teach them hard lessons It should affect their sales Beggars should realise they cannot insult a majority culture.”

Another Twitter user Ritu Rathaur wrote: “FabIndia is owned by William Nanda Bissell .. Converted Hindus are more dangerous than born Abrahimics..Look how bit by bit they are eliminating India’s Hindu Identity.. Be it @TanishqJewelry or @FabindiaNews all are anti hindus..”

After many such tweets condemning the brand, #BoycottFabIndia was trending. FabIndia took the advertisement down and deleted the tweet.

The outrage, however, refused to die down. Some people also noticed that the models displaying the festive collection did not wear bindis. They started a new hashtag: #NoBindiNoBusiness.

Shefali Vaidya, somewhat of an influencer among rabid right-wing handles on Twitter, tweeted: “Wow @FabindiaNews great job at de-Hinduising Deepawali! Call it a ‘festival of love and light’, title the collection ‘Jashn-e-Riwaaz’, take Bindis off foreheads of models but expect Hindus to buy your overpriced, mass-produced products in the name of ‘homage to Indian culture’!”

Surprise, many other handles tweeted that exact text.

Later, she added, “Speaking for myself. Not buying anything for #Deepawali from ANY brand that shows models without a bindi. #NoBindiNoBusiness.”

Ambika JK wrote, “I am in the office, dressed up in western, so what? I have a bindi, that too sindoor. #ProudHindu #NoBindiNoBusiness”

There were, however, some who came to FabIndia’s defence. Some also shared their pictures in ethnic wear where they were not wearing a bindi.

Sheebani Sethi shared a picture on Twitter with a caption, “I didn’t wear a bindi when I got married, but we had an awesomely fun, Hindu #JashneRiwaz.”

A Twitter user named Vinay Aravind tweeted: “I genuinely wonder how far the Sanghi outrage arms race will go. Each one more unhinged and venomous than the next. And it has to get progressively more unhinged or they won’t get traction. Terrifying.”

The bindi brigade doesn’t get it, but it is a common marketing technique to simmer down other accessories when brands want to highlight the outfits that are for sale. Let’s take a look at a few of them.

The popular luxury ethnic brand has its models showcasing their beautiful festive collection while ditching the bindi. Interestingly, their collection is named chand (moon) which is an Urdu word. The brand is founded by Gopi Vaid and Arnaz Soonawalla.

Jaypore known for its ethnic collection is owned by Puneet Chawla and Shilpa Sharma. This festive season their models are not wearing a bindi.

Amrapali Jewels, popular for its jewellery is founded by Rajiv Arora and Rajesh Ajmera. Their models also ditched the bindi.

Ray Ethnic is a brand based out of Gujarat which is known for its ethnic wear. The models seem to have ditched the bindi. Interestingly, this brand is owned by a senior BJP Leader’s daughter.

The models of the latest ethnic collection on Ajio, a fashion and lifestyle brand founded by Nair Vineeth is a part of the Reliance Retail group, are also not wearing a bindi.

Okhai is founded by Kirti Poonia in 2002 is a hub for over 400 women from over 29 villages, and houses exquisitely designed apparel and handicrafts that are unique to their culture and heritage. The brand’s models also happen to ditch the bindi.

Bunaai, owned by Pari Choudhary is known for its traditional and contemporary clothing has also ditched bindi for this festive season.

Another brand whose models happen to ditch the bindi in their festive collection happens to be Raw Mango founded by Sanjay Garg.

Biba founded by Meena Bindra in 1988 is another brand that is a household name when it comes to ethnic wear. The popular brand’s models have also ditched bindi in their festive collection.

Asopalav, the Gujarat based brand is owned by the Bhansali group, It is known for its sarees also has its models not wearing a bindi.

The brand known for its aura of glamour did not have any models wearing bindi on their foreheads.

The famous designer for Bollywood stars keeps his designs subtle; he has also ditched the bindi in the entire ensemble this festive season.

The famous luxury brand has also ditched bindi in its ethnic collection.

The popular fashion and lifestyle portal that is founded by Mukesh Bansal, Vineet Saxena and Ashutosh Lawania has its models showcasing their beautiful festive collection while ditching the bindi.

Say Yes or No to Bindi?

Rushi Jetly, a student at MSU Baroda, said: “I think bindi is somewhat important but, frankly, I don’t care whether a woman wears a bindi to complete a traditional outfit or not. What I care about is that once again we are discussing on a public platform what women should wear, we are discussing women’s bodies and their behaviour by referring to old Hindu tradition. Justifying your power over women through traditions should stop.”

Mahak Mehta, social media strategist at Envelop, said: “Bindi or no bindi, I am what I chose to be. Bindi should not define my identity or any women’s identity. It’s an accessory; not a definition of any establishment or anything else.”

Dehini Trivedi, student of English literature at MSU Baroda, said: “Ever since childhood, I was fascinated by the bindi and I liked how it looked on me. But my mother would not allow me to put it as her logic was that only married women can put bindi, but I still wore it. If women choose not to wear it, why are they condemned to wear it? Yes, wearing a bindi is an important traditional practice but I’ve always felt that traditions should be followed when you want to follow them, it is a choice. Had it not been a choice, half of the Indian culture won’t work as people have bent traditions in their own way to accommodate their modern lifestyle. So, if other traditions can be bent, why single out the bindi?”

Vishakha Dave, cabin crew at SpiceJet, said: “I do not believe that the bindi is important to complete a Hindu outfit. Hindu tradition is more about the way you portray yourself in a completely comfortable way rather than just one accessory or something that defines it. I believe that any tradition or outfit focuses more on how you carry it, also one particular accessory does not define the whole tradition. You can wear bindi on a western outfit. There are Indo-Western outfits in the market which are very much in the trend and the bindi looks great with them.”

Last but not the least, we present to you a few leaders, social media influencers and celebrities who are donning beautiful traditional outfits. Before abusing FabIndia, look around you. And spot the bindi.