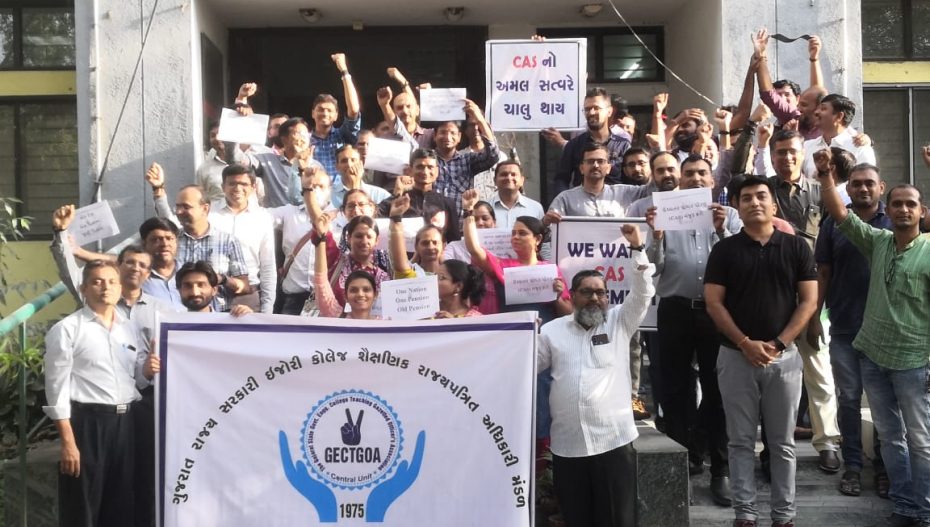 There is a growing dissatisfaction towards the government and its lack of action in Gujarat. While government employees have repeatedly expressed their discontentment, the state’s engineering colleges took it upon themselves to launch a campaign against the government, starting April 14.

The key demand from all government employees is to bring back the old pension scheme. The campaign will trend on Twitter under #padatrprshno.

To demonstrate their campaign, April 14 is being observed as Pension Constitution Rights Day. The professors displayed banners and posters and offered photos of Babasaheb Ambedkar, while registering their protest.

Colleges from Bhuj, Chandkheda, Patan and other such areas participated in the campaign.

Furthermore, new programs will also be announced in the near future.