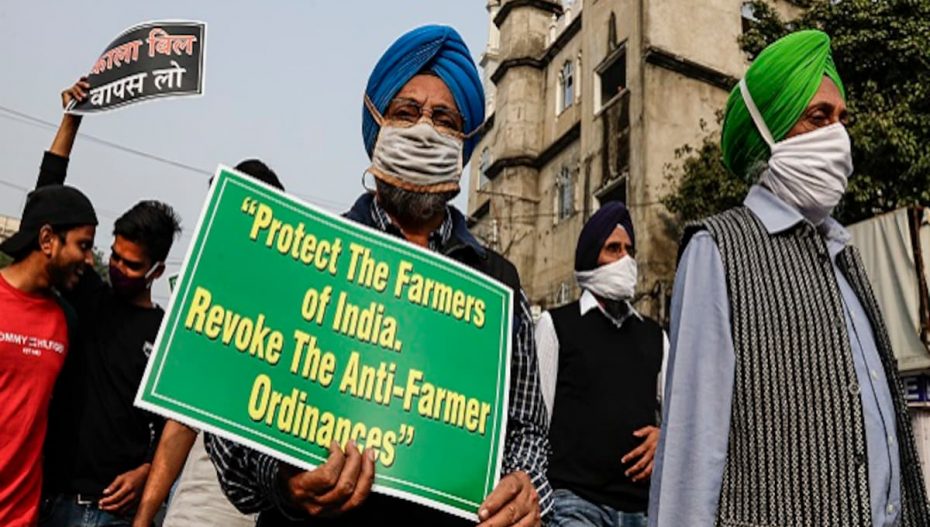 Farmers will be protesting against the Farm Bills at Delhi’s Jantar Mantar on Thursday. This will be a new phase of the ongoing farmer’s movement against agricultural laws, which is about to begin, with more than 200 farmers to demonstrate at the site. Farmers from Sindhu, Tikri and Ghazipur borders are reaching Jantar Mantar by bus. Security is being beefed up by the Delhi Police and is being monitored by CCTV.

Yogendra Yadav, who was with the protesters, told the reporters that the buses were being checked by the police which eventually caused delay to reach Jantar Mantar. Other farmer leaders also said that the Delhi Police and the Government were backtracking on their promises and harassing farmers along the way.

Police security is being beefed up at Delhi’s Sindhu, Tikri and Ghazipur borders and Jantar Mantar following farmers’ protests. Farmers from different areas are reaching Delhi and a Kisan parliament will be hold from 11 am to 5 pm.

Farmer leader Rakesh Tikait went to Sindhu border from Ghazipur border on Thursday morning. He said that the Sindhu border would be the first destination to be reached by bus. Our struggle has been going on for the last eight months. We want to talk to the government peacefully and we will run the Kisan Parliament here as long as the Parliament session lasts.

Our next target is Uttar Pradesh, the process of which will begin on 5th September. We want to isolate the BJP and the government will have no choice but to repeal the three agricultural laws, said the farmer leader Premsinh Bhangu.