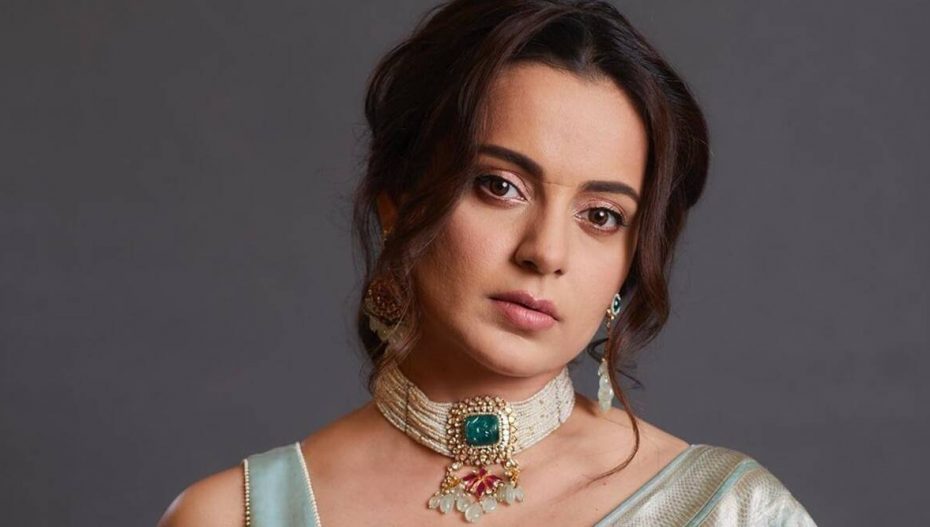 It takes a Sikh to put crass Kangana Ranaut in her place like Daljit Dosanjh once did, or Sikhs for that matter.

A FIR is lodged against Padma Shree Kangana for hurting the sentiments of the Sikh community through a social media post in Khar Police Station in Mumbai. Though she is banned from Twitter for the quality of her language, she continues to behave irresponsibly on other social media platforms.

The Four-time national award-winning actress is not wary of her distasteful and indecent personality traits through the intemperate and crude language she uses for people and institutions of national prestige.

Following her Instagram story posted on November 20 where Kangana Ranaut allegedly made insinuations against entire Sikh community as “Khalistani terrorists” and said that former Prime Minister Indira Gandhi “crushed them like mosquitoes under her shoe”, One Amarjit Singh Sandhu filed the FIR under Section 295A of the IPC (deliberate and malicious acts, intended to outrage religious feelings of any class by insulting its religion or religious beliefs).

“Khalistani terrorists may be arm twisting the government today. But let’s not forget one woman. The only woman prime minister ne inn ko apni jooti ke niche crush kia tha (The only woman prime minister crushed them under her shoe). No matter how much suffering she caused to this nation, she crushed them like mosquitoes at the cost of her own life. Lekin desh ke tukde nahi hone diye (but didn’t let the country disintegrate). Even after decades of her death, aaj bhi uske naam se kaampte hai yeh inko vaisa he guru chahiye (even today, they shiver at her name, they need a teacher like her),” her Instagram story read.

Kangana Ranaut was apparently frustrated with the fact that Prime Minister Narendra Modi had to give in to the farmers’ demand and apologise while announcing the repeal of three farm laws. Along with a score of journalists and opinion-makers favouring the establishment, Kangana also was put in an embarrassing position after abusing the protesting farmers and narrating the benefits of farm laws.

Manjinder Singh Sirsa, president of Delhi Sikh Gurudwara Management Committee (DSGMC) also led a delegation to meet Maharashtra’s Home Minister, Dilip Walse Patil. He too demanded a case to be registered against the actress for her “intentional” and “deliberate” portrayal of the farmers’ protest as a “Khalistani movement” with her remarks. They also appealed to President Ram Nath Kovind to withdraw Padma Shri awarded to Kangana Ranaut for her remarks.

The demands for Padma Shri to be withdrawn from Kangana were raised from the very next day on which it was conferred to her. Kangana in a very derogatory comment to the Father of Nation Mahatma Gandhi, the freedom fighters, and the freedom itself has pronounced during a TV show that the freedom India got in 1947 was given in alms by the British and the real freedom was attained only in 2014 when Prime Minister Narendra Modi came to power.