From -67.7C to 48C – Siberia witnesses an extreme rise in temperature 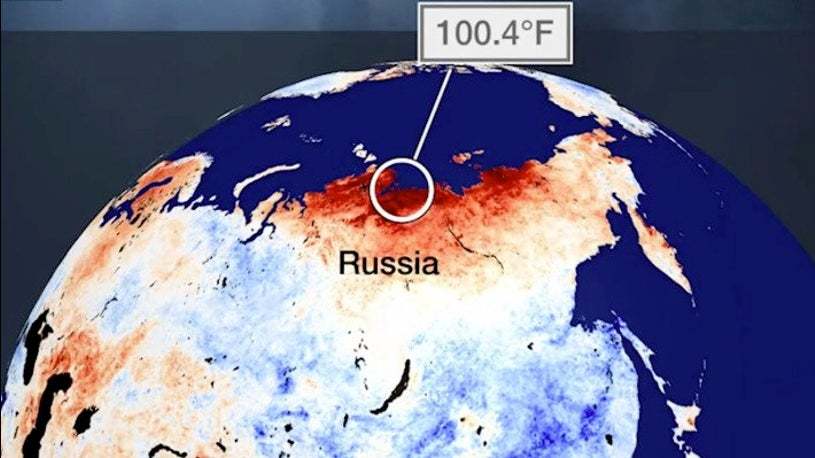 Saskylakh, an Arctic town, recorded 31.9C on June 20, as per the EU’s Copernicus program. It stated that Saskylakh was the small community’s hottest temperature before the summer solstice since 1936. The satellites of the EU also found land surface temperatures different from air temperatures which surpassed 35C across Siberia on June 20. The temperature rose above 30 C in areas of the Arctic May that is much higher than the average time of the year.

This heatwave is a result of increased CO2 in the air which caused a temperature rise in Siberia like in the rest of the Earth. As per the scientists, the climate crisis was found to be the most significant factor in contributing to the heatwave. They have also called this heatwave “mind-boggling”. This extreme and sudden rise in temperature is causing the icebergs and the permafrost of the Arctic Circle to melt, contributing more to global warming.