Gujarat Likely To Have Large-Scale Bureaucratic Reshuffle Next Week 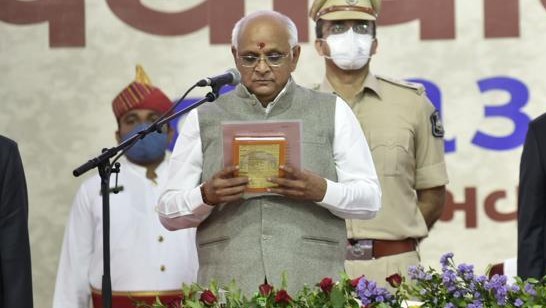 As Gujarat CM Bhupendra Patel settles down, the state is likely to experience a large-scale bureaucratic reshuffle in the civil and police administration department.

From the district Superintendents to the range DIGs and police commissioners in the police department – the state is likely to undergo major changes in the civil administration too.

As per the reports, the CM has insisted that the officers who have completed three years in one place will have to be changed. In the civil administration, changes would be at the district level where several district collectors and district development officers, some municipal officers will be changed. While at the secretary level, there will likely be changes in more than half a dozen important departments.

In the police department, several SP rank officers are likely to be promoted to DIG level with changes in the police apparatus. Also, a large number of SPs and range DIGs will be changed including Police Commissioners of Rajkot and Vadodara.

Most of the transfers will be effected keeping in mind the next Assembly polls to be held in December 2022. Reportedly, the reshuffle is expected to be effected anytime next week.