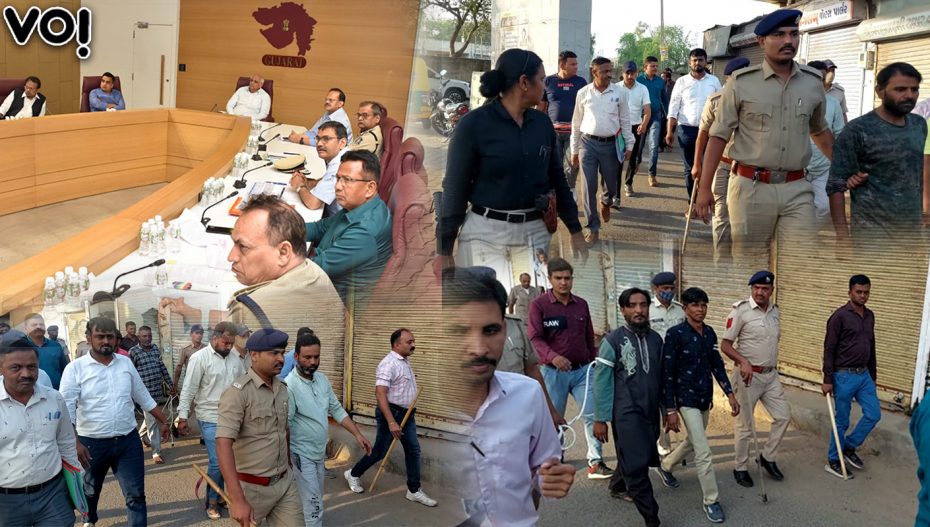 Gujarat Chief Minister Bhupendra Patel on Tuesday convened a high-level meeting in Gandhinagar with senior police and administrative officials, following new reports of stone pelting in Sabarkantha’s Himmatnagar on Monday night, as well as clashes between communities in Khambhat and Himmatnagar towns during Ram Navami processions.

“The Chief Minister met with Home Minister Harsh Sanghavi, Director General of Police Ashish Bhatia, and other senior authorities at a high-level meeting.” Harsh Sanghavi informed the CM that police had detained nine people in Khambhat and 22 people in Himmatnagar in connection with the case. According to a statement from the office, “the CM warned that Gujarat is known throughout India as a progressive and peaceful state, and anyone breaking law and order must be dealt with harshly.”

On Tuesday, DGP Bhatia and Minister Sanghavi arrived in Himmatnagar to assess the law and order situation after news broke out that around 50 families from Vanzaravas area of Himmatnagar moved out fearing fresh attacks.

Meanwhile, Himmatnagar Police on Tuesday arrested the accused in the case. All 31 accused were paraded in the market.