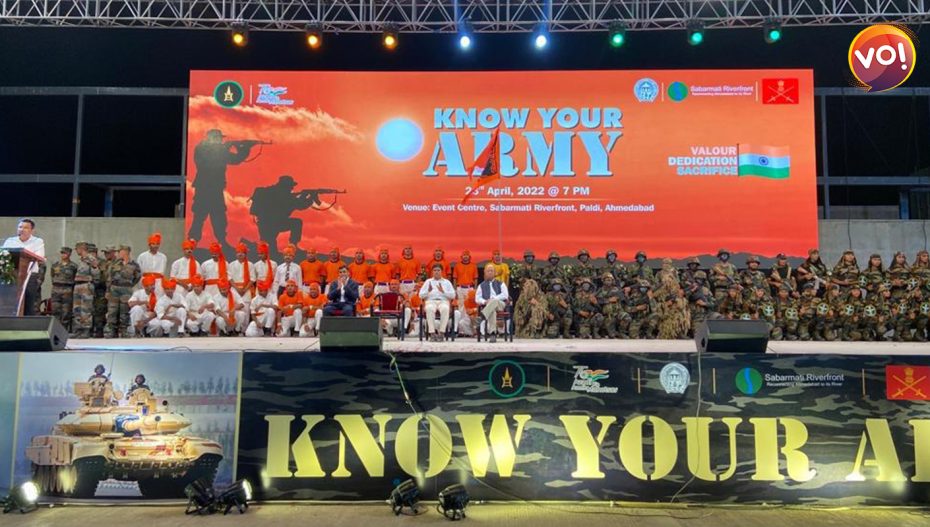 Konark Corps in collaboration with Golden Katar Division and civil administration in Ahmedabad organised ‘Know Your Army’ on April 23, 2022, at Even Centre of Sabarmati Riverfront. The intention of spread awareness among the general public and especially the youth concerning the ‘Army Way of Life’.

Students of the National Cadet Corps (NCC) and school children, along with a large audience of local residents witnessed the grand event. A display of existing indigenous new generation weapons, equipment, a screening of motivational movies and military battle drills were also showcased at the event. Various cultural activities such as “Khukri Dance”, “Jhanj Pathak”, and Military Pipe/Jazz Band performances added vibrancy and fervour to the event. Additionally, a number of stalls were set up by the Army Recruiting Organisation and the National Cadet Corps to raise awareness about the different ways of joining the Indian Army.