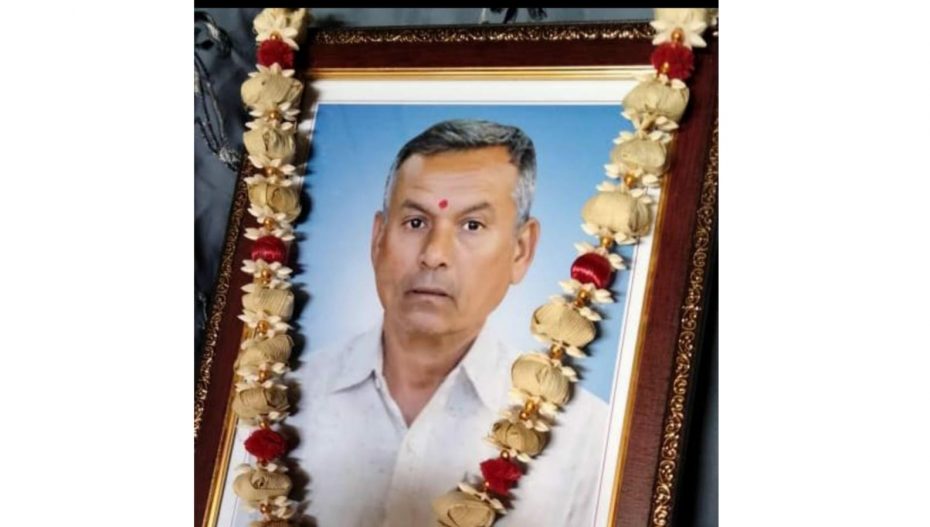 The Gujarat Government waxes eloquent about the State being among the leaders in Covid-19 vaccination in the country with a whopping 9.38 crore doses, but just one case has put a big question mark on its claims.

Shantibhai of Amreli died of Covid-19 over a month after his first vaccine shot, but his son has now been handed down a certificate of being “fully vaccinated (with both the doses)!”

Shantibhai Becharbhai Jotaniya, 60, received his first shot of the Covid-19 vaccine on April 11, 2021. A father of two sons who lived in a joint family in the Saurashtra region’s Amreli district in Gujarat, he contracted the deadly virus within a fortnight of taking the vaccine.

He was hospitalised with 80% of his lungs being hopelessly infected and after a relentless struggle, succumbed to the virus on May 25, 2021.

“The doctor who treated him cited viral pneumonia as the reason for his death in the death certificate,” said Nareshbhai’s son Suresh (name changed).

“My father’s CT Scan showed 80 per cent of his lungs were infected. We even paid close to Rs 4 lakh to the doctor,” he said. He recounted, “For straight 20 days, I used to get five oxygen cylinders paying a huge sum of money as it was at the height of the second wave.”

The Gujarat Government’s tendency of passing off Covid deaths as a result of other ailments had been widely reported.

In fact, the then Chief Minister Vijay Rupani had said that patients with comorbidities were not being considered Covid-19 deaths according to the ICMR guidelines. It is only now after a Supreme Court rap that they are being counted for the purpose of distributing Rs 50,000 compensation.

Well, this is just one aspect of the story. The vaccine certificate is another.

Shantibhai’s son recounts to Vibes of India, “After a few months, I required the certificate of vaccination and I downloaded it from CoWIN. The certificate shows that my father had received a second dose on June 11, 2021. I was flabbergasted. How could someone who died on May 25 be vaccinated on June 11?”

He said they had moved an appeal about this with the District Collector’s office. “We are still waiting for necessary; we are told that the file has been given to a doctor of the Civil Hospital,” he added.