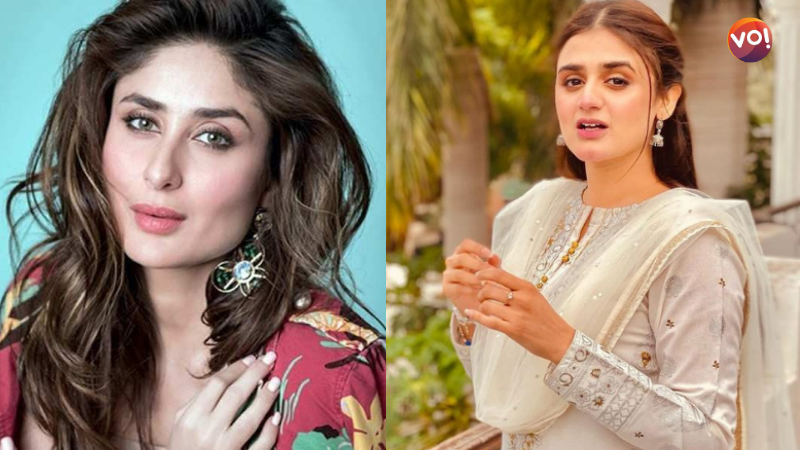 Social media has been abuzz since yesterday over a tweet by Pakistani actor Hira Mani. The popular star called Kareena Kapoor “fat.” She went a step further and hailed all husbands who taunt their wives to shed the extra kilos that come part and parcel of the child bearing process.

The anti-body shaming lobby has already trolled Hira for her comments, with some even questioning her stand vis-à-vis new mothers.

Hira is flaunting a new look and credits her husband with having lost is said to have lost 10 kgs in three months and gives the credit to her husband’s “taunts.”

She said that her weight loss journey started after the constant motivation and sometimes, taunting by her husband.

Hira also said that when she saw herself on TV before the weight loss, she thought: “Who is this aunty, so big?” She said her husband motivated her to shed 10 kgs in three months by “making her run each day.”

The couple’s talk was aired on “Aik Din Geo Kay Saath’s Eid Special” on May 3. “He taunts me so much, he says ‘Look at Katrina [Kaif], look at Kareena [Kapoor]’ — now Kareena’s fat, though — ‘Look at Deepika [Padukone]’. I say that I’m not Deepika, I have two kids but he taunts me. I think husbands who taunt their wives are right, women end up losing weight,” she said, thanking her husband.

Mani did not hold back from sharing his side of the story and revealed that his wife has started taunting him these days to get a hair transplant, comparing him with the likes of Bollywood actors, Hrithik Roshan and Shahid Kapoor. The couple then moved on to talk about the normalisation of plastic surgery in the industry. “Maybe, I am 10 years away from it now,” stated Hira.

Read Also: Britney Set To Say “I Do” For The Third Time

Taehyung Aka V On His Favourite Movie From Childho...