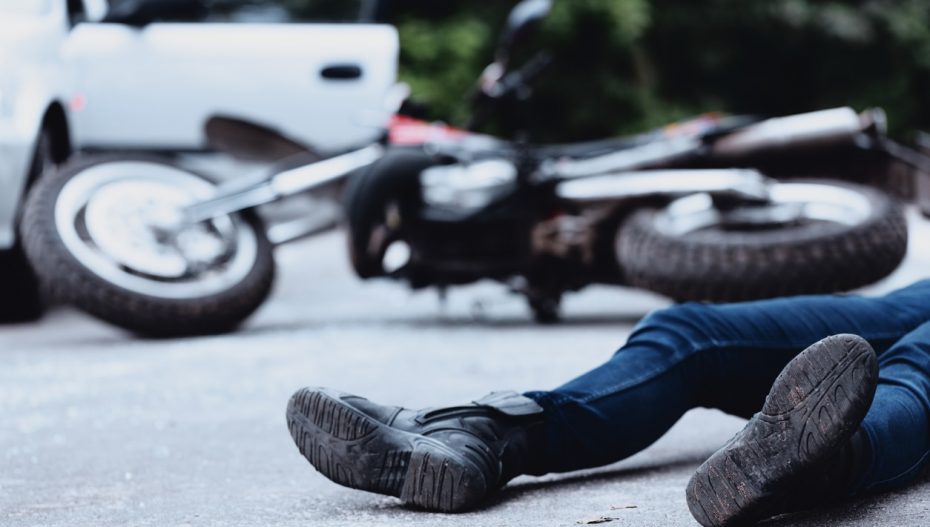 In a hit-and-run case on October 9, two youths riding a bike were hit by a car on Judges Bungalow road. They were shifted to SAL hospital for treatment. The car was abandoned at the spot of incidence by the lady driver. Traffic police, when informed rushed to the spot and checked the CCTV footage. Police are investigating the lady’s identity through the vehicle’s registration details and the CCTV visuals. The car owner too is yet to be identified.

CA aspirant Bhavya Raichura, who hails from Porbandar is a tenant of Navrangpura locality. He went to Urban Chowk, which is near Sindhubhawan road with his friends for Garba celebration. He was on his way back home on a Bullet bike with a friend. They were moving towards NFD circle Sanjivani Hospital road from the Gurudwara end when a car rashing at high speed ran into his bike.

Bhavya and his friend were thrown away and the car ran into the divider. After the incident, a girl was seen running away from the car. The victims could collect that they had seen the girl. The injured were shifted to SAL hospital where they were diagnosed with severe injuries and fractures. The police started an investigation on the basis of the car’s number plate. It is speculated that the girl is the daughter of a well-known builder, who is yet to be nabbed by the police.

“We reached the spot on Friday night,” said NH Jadeja, PI, A Division Traffic Police Station. “The young driver was a woman. We will take necessary action after getting more information from the RTO.”