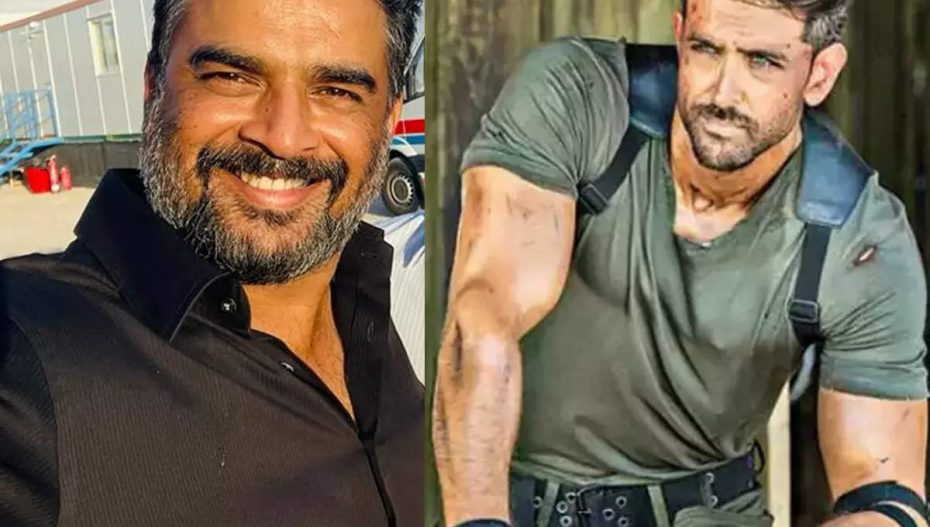 Vikram Vedha – the Hindi remake of the Tamil film starring Vijay Sethupathi and R Madhavan is all set to launch in September starring Hrithik Roshan and Saif Ali Khan. To mark Hrithik’s birthday, the first look of the film was unveiled by the producers, T-Series and Reliance Entertainment today.

The movie is directed by the husband and wife duo – Pushkar and Gayathri and produced by S. Sashikanth under his banner YNOT studios. It is a story about Vikram, a no-nonsense policeman and his partner Simon is on the run to capture Vedha.

He eventually surrenders but offers to narrate a story to Vikram, throwing his life into a sort of disorganisation. The film was made with a budget of Rs 110 million and after its release, the film bagged Rs 600 million with a solid IMDb Rating of 7/10. It won four Filmfare, Vijay and Norway Tamil Film Festival awards each and also received three Ananda Vikatan Cinema Awards, two Techofes Awards and an Edison Award.

The story is based on a folk tale Baital Pachisi. The Tamil movie had ranked as one of the best movies of 2017 as per IMDb ratings. Recently Hrithik launched his look as Vedha on his Twitter handle as his birthday present to his fans and media. The remake is all set to launch in September 2022 and stars Radhika Apte, Sharib Hashmi along the leads Hrithik Roshan and Saif Ali Khan.