Ichthyosaur: One Of The Largest Sea Dragon Fossil Discovered In Britain 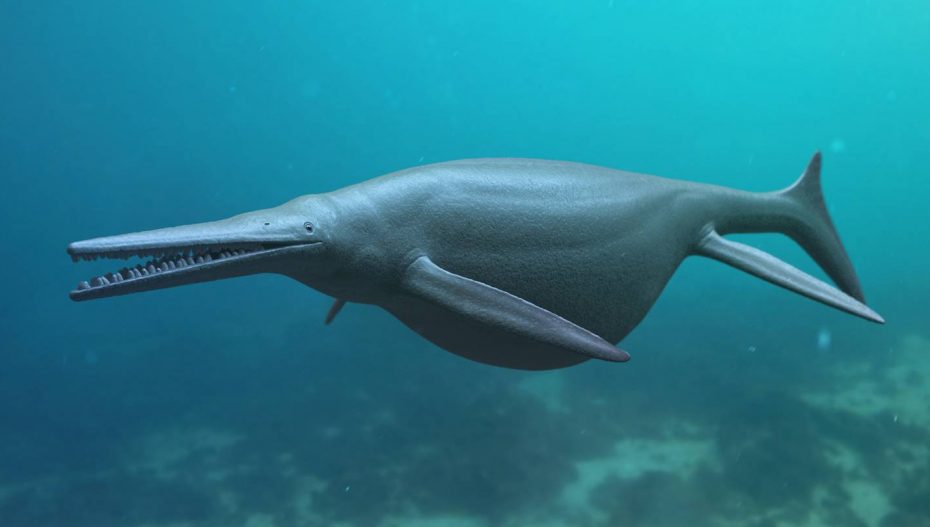 Scientist have discovered Ichthyosaur, Britain’s Largest Sea Dragon fossil, believed to have gone extinct. almost 180 million years ago. It is over 32 feet long. They used to resemble dolphins. They are not considered dinosaurs. They are generally 11 feet long but this one is almost triple that size.

These species were smaller than most of its resembling species, measuring up to 11 feet. Such fossils had been discovered previously also. Some inspections suggested that these creatures used to lay eggs on land but later some fossils were found with baby specimens inside them, confirming that the females used to give natural birth. Their diet contained sea food staples for the aquatic animals such as fish and squids.

Mary Anning, an English paleontologist discovered this fossil in the 19 century. It was the first complete fossil to be discovered in that era. This name was used in the year 1818 by Charles Konig and was taken in to consideration later for formal scientific description where it was previously listed under the name Proteosaurus, given by James Everard Home in 1819.