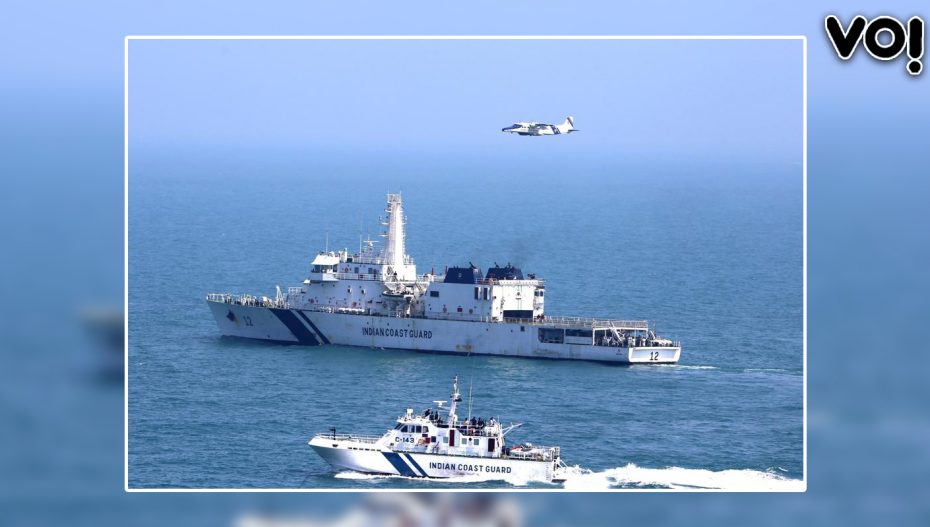 A regional level pollution response drill entitled “Swachchh Samundri NW-2022” was conducted from April 11-13, 2022 off Vadinar in the Gulf of Kutch under the guidance of Coast Guard Regional Headquarters (North West). This exercise aimed at enhancing response mechanisms for oil pollution incidents, evaluating the readiness of the Indian Coast Guard for pollution response operations in this sensitive environment, and enabling the Indian Coast Guard to refine the actions required under the provisions of the National Oil Spill & Disaster Contingency Plan (NOSDCP).).

Three phases of the Exercise were conducted in coordination with the District Administrations of Jamnagar and Khambhalia, including a tabletop exercise simulating a tanker spill, a real-time demonstration of an oil spill scenario, and shoreline cleanup. The exercise involved the Indian Coast Guard (ICG) pollution response assets including their air assets, oil handling agencies such as Nayara Energy, IOCL, BORL, Reliance, Adani, HEML and DPT offshore oil terminals, and the Forest and Fisheries Departments as well as Kandla Port.

Coast Guard District HQ 15 at Okha coordinated the exercise on behalf of ICG.