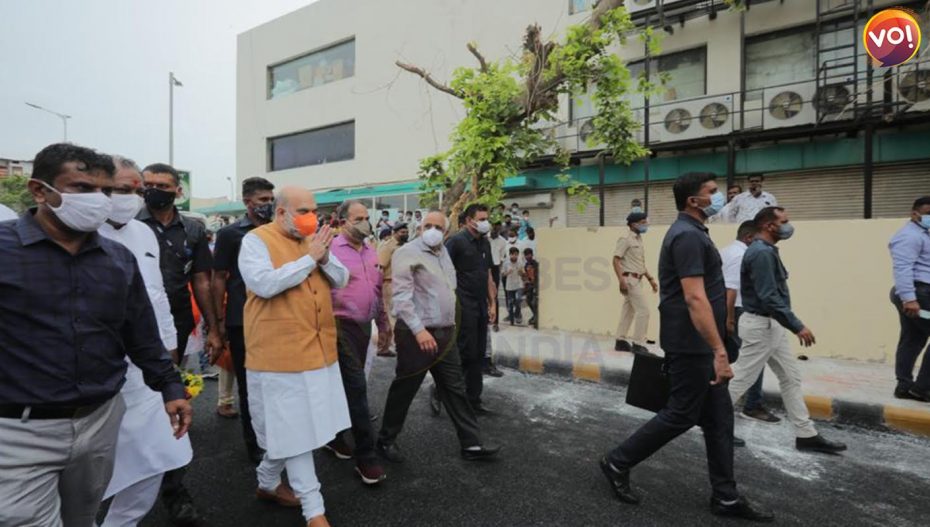 Ahmedabad police has initiated an inquiry against police inspector LD Odedra for issuing a circular to about 300 occupants of five buildings in Vejalpur area of Ahmedabad to keep doors and windows of their flats and homes closed when Union Home Minister arrived to inaugurate a community hall in Vejalpur on 11th July 2021.

On 13th July 2021, DGP office had sought a report from Ahmedabad police on the issue. After that, an inquiry was initiated against Inspector Odedra.

Ahmedabad City Police chief Sanjay Srivastava confirmed to VoI that an inquiry has been initiated against the inspector to verify under which circumstances he had issued such a circular to the chairman and secretary of five buildings to keep doors and windows of their flats closed. He added that action will be taken after the inquiry report is submitted.

The whole issue came to light when Pankti Jog, a 44 -year-old resident living on the third floor of ‘A block’ of an apartment in Vejalpur approached Vejalpur police and told police officials that she has asthma since childhood and no fresh air hurts her lungs badly, giving her asthma attacks. She had also told Vejalpur police whether we lived in authoritarian or feudal State and whether Ministers were kings that Praja (the citizens) had to live under their diktats and not democratic principles.

The circular issued by Vejalpur police station read, “very obediently we would like to inform that respected Home Minister of India Shri Amit Shah is visiting this area to inaugurate a community hall on Sunday. Since he belongs to Z + security, his security is important so on Sunday, 11th July, 2021, please keep all your doors and windows of your apartments or other homes, closed from 10 am to 1 pm”.

Amit Shah was in Ahmedabad for two days. On last Sunday, he inaugurated over 10 programmes, and laid foundation stones for APMC, aanganwadis and smart classrooms.

When Vibes of India contacted Inspector LD Odedra of Vejalpur police station he had said that they had only requested the residents and did not force them to keep the windows and doors closed.

“The request was made so that the slightest of movement near the inauguration site could be noticed. The buildings were adjacent to the community hall and that is why we had to take precautions”, the PI had told VoI then.