It Never Gets Easier, You Just Get Faster: Harsh Sanghavi On Cycling Competition 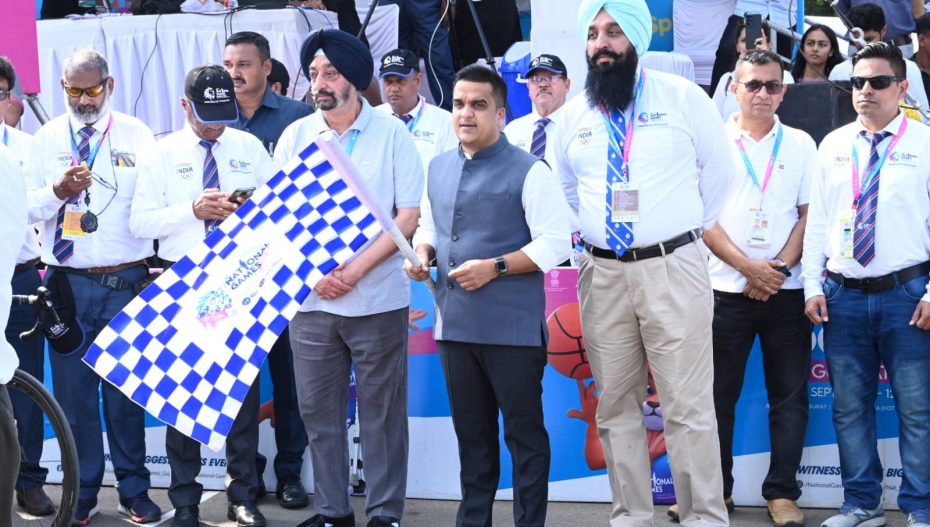 Gujarat Sports Minister Harsh Sanghavi on Sunday flagged off the cycling competition under the 36th National Games in Gandhinagar. On this occasion, he said, “It never gets easier, you just get faster. One thing which is common among all cyclists is great enthusiasm and determination. I wish them all good luck.”

National Games are taking place in Gujarat from September 29 to October 12, 2022. The multi-event sporting showcase returns after a gap of seven years. It was last held in Kerala in 2015. The National Games are held across six cities of Gujarat- Ahmedabad, Gandhinagar, Surat, Vadodara, Rajkot and Bhavnagar. Gujarat will host the National Games for the first time. This will be the 36th edition of the National Games, and an estimated 7,000 athletes will take part across 36 sporting disciplines.