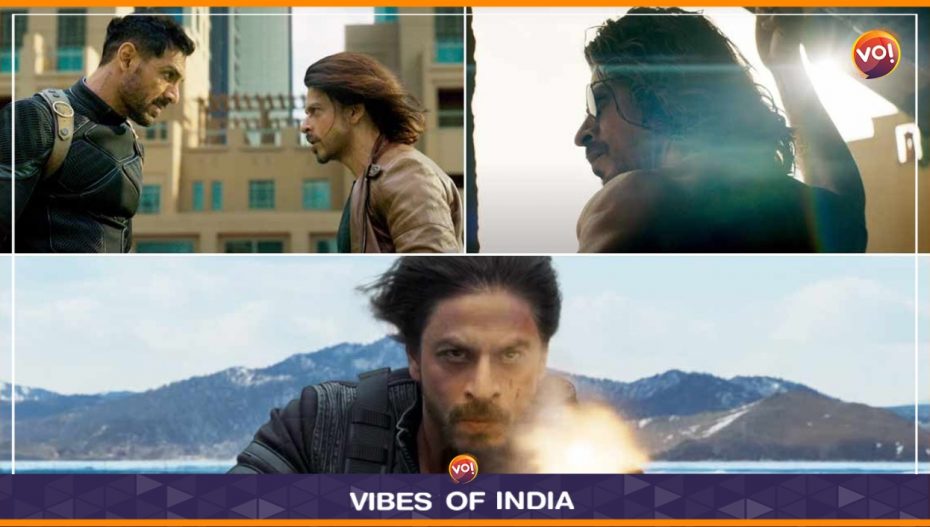 Shah Rukh Khan is back on the big screen after a four-year hiatus, doing what he does best: charm the hell out of you and remind us why he belongs to a dying breed—the real superstars.

Pathaan is a continuation of the director Siddharth Anand’s unique style, which is most known for glamorising his stars and presenting them in scenes that occasionally resemble extravagant set pieces from Hollywood movies. It serves as a recall of his earlier efforts, specifically the bromance-filled War and the Mr and Mrs Smith desi homage film Bang Bang!

Shah Rukh’s Pathaan is a shadow of Robert Downey Jr’s Tony Stark. He may not be as wealthy as Stark or possess a superhero spacesuit, but his one-liners and game with ladies are a fitting homage to him. Deepika’s portrayal of a Pakistani ISI agent is similar to Scarlett Johansson’s in her action movies. Many of the action scenes, including the climax, seem to have been lifted directly from Hollywood productions like Mission Impossible, Fast and the Furious, and others.

The second half of Pathaan was superior to the first. The action sequences lack logic and reason, but this isn’t a documentary, so that makes sense. You also got to see SRK perform hard-core action scenes for the first time. It works because Anand gave him some realistic hand-to-hand combat scenes with John. The action in Pathaan is daring and courageous; it involves more than just jet planes soaring through the air or Ferraris sliding through the ice.

The action blocks in Pathaan are its worst flaw, as they can occasionally become tedious. Some scenes appear to feature a stunt double, while others overtly show that they were shot on a green mat. Tom Cruise, a well-known Hollywood actor, just pulled off a stunt in his most recent Mission Impossible movie that will be remembered as the height of his devotion to acting. The actor, 60, self-performed a bike dive from a cliff’s edge. No Chroma means no body duplication. Tom is alone, working on his bike.

Pathaan is blatantly enjoyable. It is not attempting to make a political statement or offer comments on the situation of the world. Instead, it turns back time to when seeing a Shah Rukh Khan movie in theatres was a cause for celebration. The actor recently confessed his unfulfilled ambition during a #AskSRK session.

I hope I have the stamina to even entertain your children, he wrote in his letter, “Itni shakti rahe mujh mein ki aap ke bacchon ko bhi entertain kar sakoon.” One thing is certain: SRK is not leaving the spotlight anytime soon, if his zeal and intensity in Pathaan are any indications. This Pathaan serves as the ideal introduction to India’s unique spy universe.