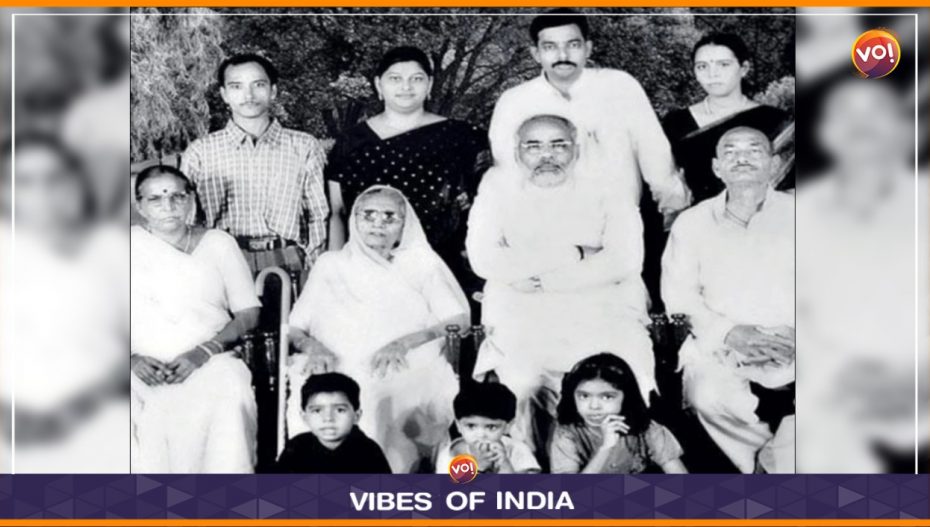 The name of the eldest brother of Prime Minister Narendra Modi is Sombhai Modi. Sombhai used to work in the health department and is now retired. Now he runs an old age home in Ahmedabad.

PM Modi has only one sister of five brothers, named Vasantiben. She  is rarely mentioned in the media. Vasantiben’s husband’s name is Hasmukh Bhai. Hasmukhbhai was in LIC. Like Hira Ba, Vasantiben is also a housewife.

Amritbhai Modi is PM Modi’s second elder brother. Amritbhai worked as a fitter in a private company before retiring. His salary was only Rs 10,000 17 years ago. He is living a normal life in a four-room house in Ahmedabad after retiring. His wife, Chandrakant Ben, is a stay-at-home mom. Sanjay, his 47-year-old son, also lives with his wife and two children. Sanjay owns a small business. He works on his lathe machine. Sanjay Modi, PM Modi’s nephew, once told the media that no one in his family had seen the plane from inside. Sanjay has only met PM Modi twice, according to him.

Prahlad Modi is PM Modi’s younger brother. He owns a store in Ahmedabad. He also has a tyre showroom, according to reports. Bhagwatiben Modi, Prahlad Modi’s wife, died of a heart attack in 2019.

Recently, Prahlad Modi, the younger brother of Prime Minister Narendra Modi, sustained minor injuries after a road accident near in Karnataka  on December 27.

Prahlad was travelling along with wife, son and daughter-in-law in an SUV to Bandipura, which is close to Mysuru town. Enroute, the car met with an accident near Kadakola suburb, as pe media reported. They were taken to a local private hospital after the accident.