New Gujarat Assembly Will Resonate With The Voice Of Agitators 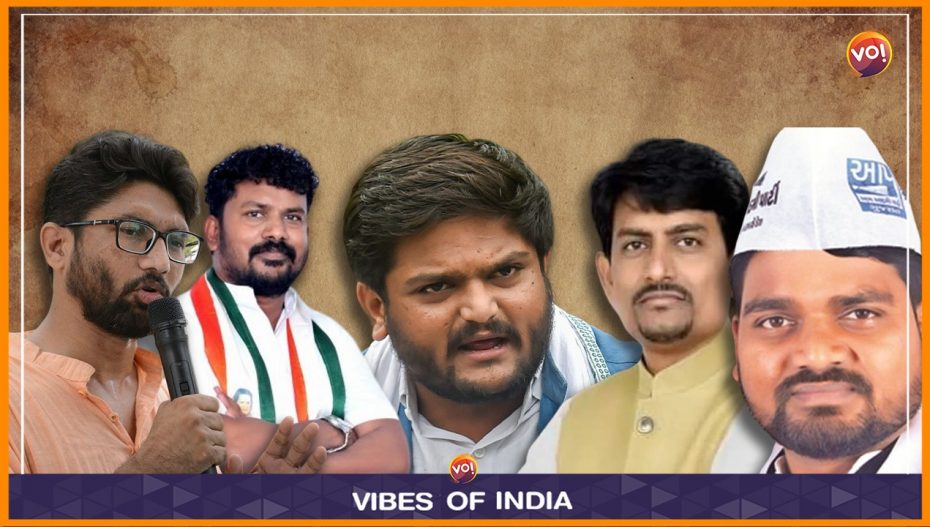 The BJP is being hailed, and rightly so, for its magnificent victory in the Gujarat Assembly Elections on Thursday. It was also an election where several ‘protestors’ emerged successful.

One such protestor is Hardik Patel, who became prominent through the Patidar movement. He joined the Congress and heaped criticism on the BJP, and has now won from Viramgam on a BJP ticket.

The results of this Assembly elections have giving him 156 reasons to justify his decision to switch sides. Hardik will probably be given a chance in the new Cabinet.

Another such leader is Alpesh Thakor, who was involved in the OBC movement that arose as a reaction to the Patidar movement. Alpesh was elected as MLA on a Congress ticket in 2017. He later resigned and joined the BJP. He lost the by-elections as a BJP candidate. Now, Alpesh has been elected MLA on a BJP ticket from Gandhinagar South with over one lakh votes.

Then there’s Jignesh Mevani, the working president of the Congress party in Gujarat, who defeated the BJP’s Mani Vaghela to win the Vadgam seat.

Initially, there were rumours of Mevani’s defeat but in the end, he emerged victorious.

Another tribal leader, Anant Patel, won on a Congress ticket from Vansda in Navsari district. He has been a prominent face of the protest against the project of linking the rivers Par, Tapi, and Narmada.

Finally, Chetar Vasava, a well-known face among the tribal youth of South Gujarat, won on the AAP ticket from Dediapada. He defeated Hitesh Vasava of the BJP.