No, it’s not Narendrabhai; we are stupid 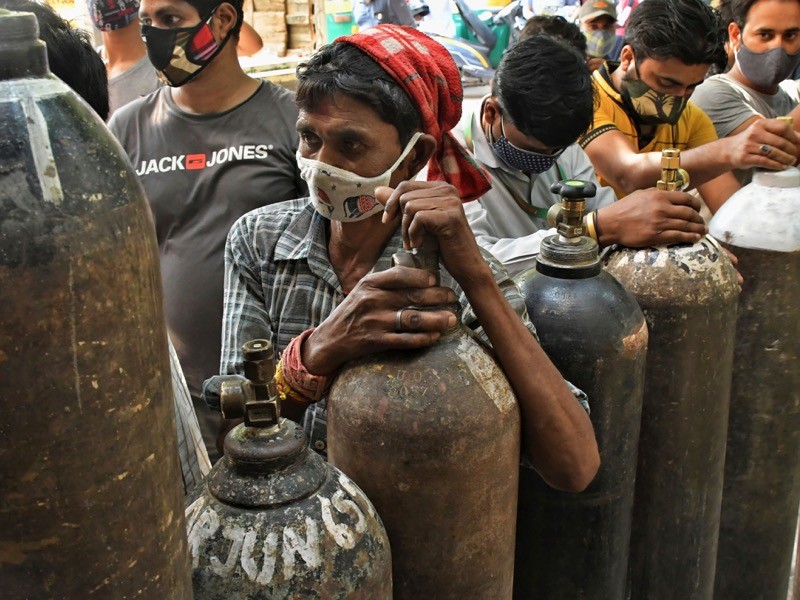 It is not just Narendra Modi and his government. Covid-19 has also exposed us in many ways as a society as disasters do. It brings out the best and the worst of us on the surface, spectacularly. And it is also leading us to question and review our existing thoughts, approaches and accepted wisdom. Actually, all reforms too begin this way only.

It is not just Narendra Modi. It is also religion. The way we have demonstrated our faith above reason has led to people being casual about hygiene. The question, therefore, is this; is the business of god bigger than the business of human life? This is not just a question for us, but also for the future as a philosophical choice. It needs a serious review in light of new and compelling realities. We need to look at the form of it and question what religion means and how we would like to go about it. Covid 19 has also broken this myth that religion will be our saviour. Looking at the prevailing practices, it has not only messed things but led the Government, our Sarkaar to lie, hide and manipulate data. If faith is what matters, than this itself is a sin, a paap, isnt it?

Next, comes astrologers. If we ask them when shall the pandemic end, the chances are they are going to be wrong. Forget their prediction of the Covid closure, in the first place, they didnt even see it coming. They are of course lucky become some channels and radio stations still give them air and audio time that they do not deserve.

Next in the line,  are quacks like Ramdev. Rather just Ramdev, No decent society or civilization would have place for people like him. Ramdev should have been prosecuted, arrested and punished for spreading rumours, falsehoods and lying in the times of the Pandemic when people were dying all around. But then ours are utopian thoughts. Because we are talking of a decent society and civilization.

It was sad to see  our central ministers acting like his over paid salesmen in public. This also reflects our Government’s love and perhaps obsession about everything fake and quackery.Ramdev’s confidence about his nobleness, selflessness and arrogance that he would not get arrested is striking. How many people in this country have come forward to claim that they stopped going to doctors and relied on Ramdev alone for a magical Covid cure?

Finally, it is us and our democracy. It is easier to blame Modi ji, karma, kismat, constellations, but reality requires a collective and individual soul searching about the way we want to live and lead our lives as people as a country. To do that we need to play a more active role through engagement and questioning. We were supplied lies and fudged data because we didn’t question it enough. Bad ventilators. PM Care fund. The decision to give people a vaccine which still awaits its trial results.

It is easier to blame the bad health facilities, shortage of doctors, beds, oxygen but it is also a fact that we didn’t choose this government to handle such challenges. Going by the ranks in a recent survey, we Indians are still pretty happy with Narendra Bhai. Though it would be really a miracle to see these  people in real. Narendrabhai  can not be blamed for our stupidity. It is us who don’t mind how India has fared so badly in all these years, whether it is economy, freedom, democratic protests, unemployment, inflation, Kashmir, land scams in Ayodhya, standoff with China in Ladakh and then this Covid catastrophe. He did what he could do best. No stone has been left unturned to turn this country into ruin. That our per capita GDP is lesser than that of Bangladesh is something no one could have thought of. Few years back, when someone appeared stingy, we went all the way out to blame the entire nation that ÿaar, Bangladeshi mat ban”. That we are now happy and satisfied about being so much miserable and worse than Bangladesh is a wonder Karmic self development. On scientific basis, as the world’s largest democracy, we can be a great case study for all those who find us developing and a backward nation.

Of course, there is this school of thought which believes situation could have been worse than this. But then there is always the hope. For some us it could hope, for others fear. We have two more years that this government would be ruling. And we never know, the next could be worse than this also. Don’t we all know stories of couples being so much in love and they rebel and marry just to divorce?

So let us not blame Narendrabhai. These are our stupidities and we better own them up. In a democracy, a country can not just be left to the Prime Minister. This has been clearly demonstrated without any doubt. It is time to ask questions, reset ourselves, feel responsible if not completely guilty for having a role and responsibility in how the country is being run. Yes, we are sold the idea of great governance, but it was our job to ask questions, hold the system and people at the helm responsible. Since we have failed to do our duties, the system is leaving questions for us.

It is an evolutionary process to save the best of us from the worst of us. It is also common sense, the time for which has arrived.

(Disclaimer: The author is a journalist and poet. The opinions expressed in this article are of the author.They do not purport to reflect the opinions and views of Vibes of India.)