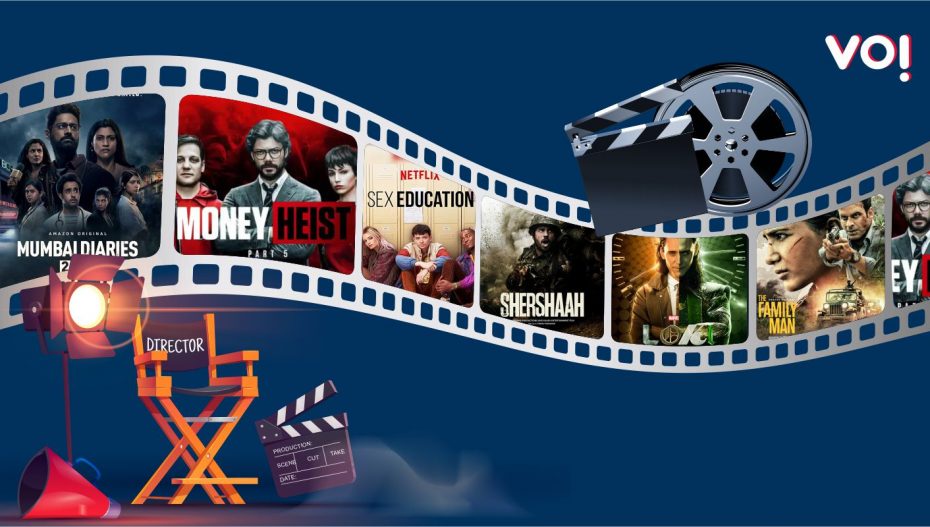 Among the host of alternatives to have surfaced during the pandemic, the means of entertainment took on an entirely different act. Instead of the 70 mm planned watching, “binge watching” was made possible by OTT aka Over The Top streaming services which deliver any content over the internet.

So once the end was confirmed, 2021 saw a renewed surge in what would otherwise be big theatre releases. A huge clutch of soaps and docu-dramas also came to the fore, therefore throwing open avenues for actors, not to forget business for the showbiz and related industries. Amazon Prime, Netflix and

Among the top favs this year are:

A Netflix release, this Italian thriller revolves around a criminal mastermind with an ambitious plan to print billions of euros in the Royal Mint of Spain. To this end, “Professor” constructs a team of eight with sharp certain abilities and with nothing to lose.

“The mind game keeps one hooked. MH is a potent mix of drama, suspense, thrill, comedy and romance.  Deftly woven in are the emotional plots of brother bonding and friendship,” shares college student Vishakha Iyer on her fav Netflix release.

While another co-student Abhigna Shah adds: “MH had these cliff- hangers at the end of each episode. You just had to watch the next one to jump off successfully from one to the other.”

As the name suggests, the series raised eyebrows. The plot is pegged on the life of Otis, a socially awkward high school student who lives with his sex therapist mother, Jean. Later, Otis decides to use his first-hand knowledge to improve his status at school. To this end, he teams with schoolmate Maeve to set up an underground sex therapy clinic to deal with their classmates’ problems. That’s when hell breaks loose.

Tanishka Baxi, a student says, “This show is very insightful and relatable for GenZ and what I liked the most was the unexpected turnaround of the characters and the conquering of the stigmas raised in the show.”

Directed by Vishnuvardhan, Shershaah lives the real life of Kargil martyr on the life of Kargil war hero Vikram Batra. Played by Sidharth Malhotra, the movie is a salute to the brave-heart as much as a celebration of India’s Kargil victory.

Loki remains the undisputed notorious villain from the Marvel universe. This series Loki takes off around the period after stealing the Tesseract. During the events of Avengers: Endgame (2019), an alternate version of Loki is brought to the mysterious Time Variance Authority (TVA). They give Loki a choice to whether face being erased from existence due to being a time-variant, or help fix the timeline and stop a greater threat. Loki ends up trapped in his own crime thriller, travelling through time.

One such ardent fan of the series Aditya Mujumdar, a student says, ” The series has a nice storyline and character development, which makes you fall in love with Loki.”

The 26/11 episode is the baseline of this series. However, while much came to light about the police and para-military forces and what they faced, this epic is about the turbulent period in the lives of doctors and medical staff at the Bombay Hospital. While canning incidents happening at the Taj Mahal Palace Hotel, it runs the parallel course in the groove of journalists and doctors during the phase. Must watch out for stellar performances by Mohit Raina and Konkana Sen Sharma.