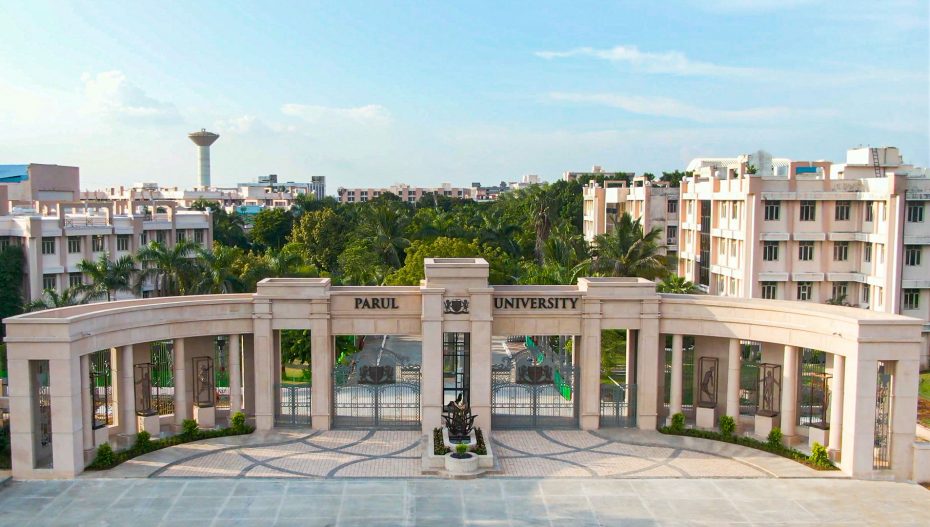 Parul University is already under the radar for beating up students who were demanding Covid safety and now it has drawn more attention and criticism because the University has rusticated seven students who demanded online classes instead of being physically present on the campus. Parul University has also suspended 40 students for the same. Students claim that there have been at least 150 Covid positive

The University is behaving in a very authoritarian manner. All we did was seek Covid safety and requested that we should have online classes. First, the University got the security guards on campus to beat us up, now they have suspended us”, aggrieved students told Vibes of India (Vo!) on Wednesday night.

Covid-19 cases were constantly being reported on the campus and the institute was functioning entirely offline. Students were concerned with the growing number of cases and talked to their professors regarding the same.

Receiving no response from Parul University, the students protested on the campus for shifting online. During the protests, the security guards violently tried to control them.

Covid-19 cases are rapidly rising in the state with 43,724 cases in the state. 9941 new cases were reported in Gujarat.

Parul University has decided to continue functioning offline with almost new cases coming out of each of the 32 affiliated colleges with 28,000 students on the campus.

Students’ safety is being constantly disregarded. And when the students put forward their concerns, their education Is put into jeopardy. Not only this, Parul University has decided to conduct offline exams which are scheduled for January 17th 2022.

Students of Parul University told VO! that they are scared because ambulances keep on coming and going on the campuses. Scared for their health and safety, they reached out to their professors and HODs which resulted in utter disappointment.

“The university said that there were only four cases, but four cases were registered from only one department. Every day, one student that we used to sit with, has been tested positive,” said a student of the university.

The students requested their professors and HOD to no avail. “We requested our teachers and HODs every day but no one came through,” he added.

“When we protested against the university, the security guards violently attacked us,” said an aggrieved student.

The university known for controversies did not listen to the students’ concerns but instead came out with a suspension list of 40 students who are suspended for a month.

A student told Vibes of India, “We were shocked when the management came out with a suspension list instead of addressing our concerns.”

“Gujarat Technological University (GTU) postponed the exams, our university could have done that,” said a Final Year Student.

Suspended students will have to pay a fine of Rs 2000/- each.  The circular states that “the students as per the above list for indulging in indisciplined (sic)acts, causing damage to the university property and bringing disrepute to the image of the university” are liable to pay the fine.

When Vice-Chancellor, Dr M N Patel of Parul University was contacted regarding the same, he said that the classes and examinations will be conducted offline. He emphasized that whatever happens, we will conduct exams where physical presence will be compulsory. We don’t believe in online exams. When questioned about the suspension, Patel said, “Yes absolutely, we have rusticated seven students and suspended 40; if students are spreading unnecessary rumours when the university is following government’s guidelines and ruin the reputation of the college, it will not be tolerated.” He warned that any other student who dares to not follow University rules will also meet the same fate. “We are not violating government rules. We are a private University and we can do whatever we want”.

Interestingly, one of the suspended students happens to be an ex-students also.  Nishant Kumar Jha has completed his Bachelor of Arts – Mass Communication and Journalism in 2021. “The list includes my enrollment number and it was registered in 2018, I have not even been on the campus since the completion of my degree,” said Nishant.

“I am currently pursuing my Masters in MSU, Baroda and found out about the list through a friend,” Nishant mocked at the University’s record-keeping system.

The merit of the list remains at stake. A former student has been mentioned who has no connection with the university anymore.

Several educational institutions including renowned institutions like IIM Ahmedabad, CEPT, GTU have opted for online education but Parul University, according to their students, refuses to go online.

As Covid Cases In Gujarat Are Surging; We Talked T...

Adani-GUVNL Patch Up Over A 14-Year-Old PPA Disput...