Payal Rohtagi arrested, released on bail in a society spat 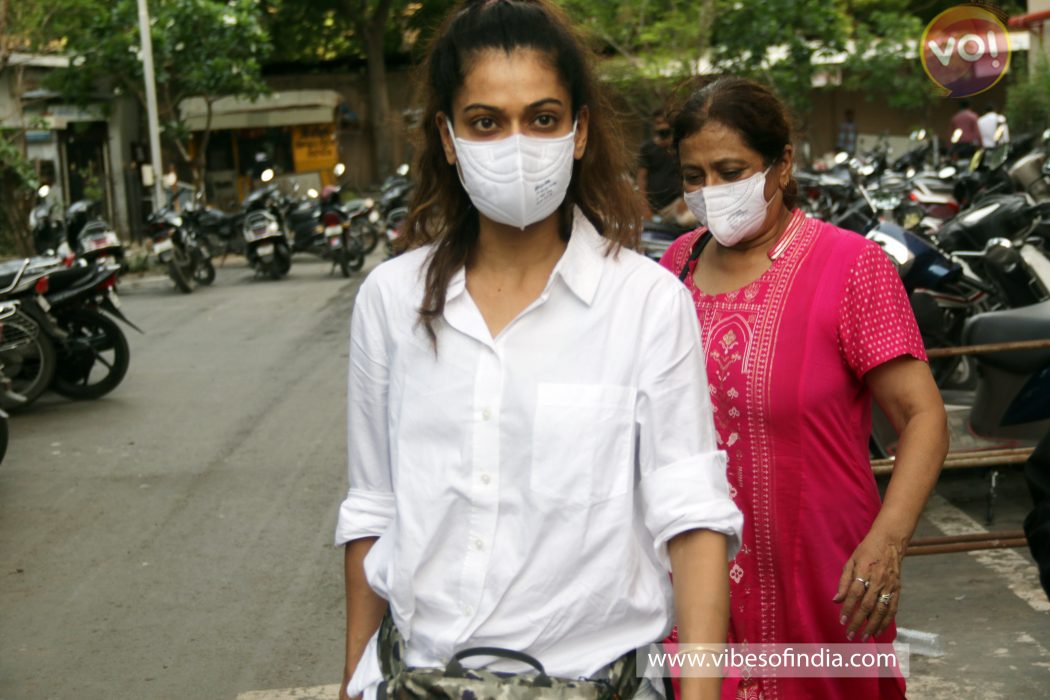 In a high drama, which unfolded on 25th June 2021, at the posh Sundarvan Epitome Tower located in the posh Satellite area of the city, police arrested actress Payal Rohtagi based on a complaint filed by the chairman of the society, Dr Parag Shah.

The FIR alleged that Rohtagi who is the resident of flat number B-402 of the same society uploaded posts with false and objectionable contents on social media platforms about most of the society members and even threatened to fix them in false police cases. However, after the arrest, the actress was later in the day released on bail by the court.

According to the FIR, Rohtagi has been staying in the society since about year and half, in the flat owned by her parents.

Dr Shah, in his complaint lodged with Satellite police station on Wednesday has mentioned that on 20th June 2021 the residents had called an AGM of the society in which Rohtagi, though not being the member of the society, remained present with her mother.

The FIR further stated that as Rohtagi was not a member of the society and lived with her parents, they asked Rohtagi not to speak when the meeting was going on.

“However, as alleged in the FIR, Rohtagi was adamant and using abusive language threatened them with dire consequences. In the FIR, registered under section 294 (b) for using abusive language, 504, 506 (1) and 506(2) for defaming the complaint and threatening them, it is alleged that, Rohtagi then took out her mobile phone and started recording the minutes of the meeting on her mobile phone and later went away” said a senior police official of Satellite police station.

In the FIR, Dr Shah alleged that Rohtagi had also posted a comment on Instagram that a few members of the society don’t even believe in family planning.

Complainant Dr. Shah has alleged in the FIR that Rotagi had also posted a comment about him in Hindi on a social media platform, branding him as an anti- social element.According to the FIR, Rohtagi had several times threatened the complainant and some other members of the society to fix them in false police cases. “Based on this FIR, we had arrested Rohtagi and later produced her in the court. She was released on bail by the court” a senior police official said.

She began her career as a contestant in Miss India,2000. A model turned actress is  quite infamous for creating controversies time and again !

In 2010 Rahul Mahajan ,son of former Union Cabinet Minister Pramod Mahajan, was accused  of committing domestic violence involving her. Rohatgi claimed that Mahajan banged her head against the door during their live-in relationship. She made the headlines again in 2011, when she accused Filmmaker, Dibakar Banerjee of sexual misconduct.

In July 2019, a six-page complaint letter was submitted against her by advocate Ali Kaashif Khan. He alleged that she was knowingly promoting enmity in different religious groups by posting derogatory posts on her social media.

She was under judicial custody for eight days in Bundi, Rajasthan. Charmesh Sharma, general secretary of the Rajasthan Youth Congress filed a police complaint against her under the IT Act, 2008.  for posting offensive comments on her social media account about Jawaharlal Nehru’s descent.

“We want to live in peace but as Rohtagi threatens us we live under constant fear. We are thankful that the police acted promptly and helped us out” added Sheth.