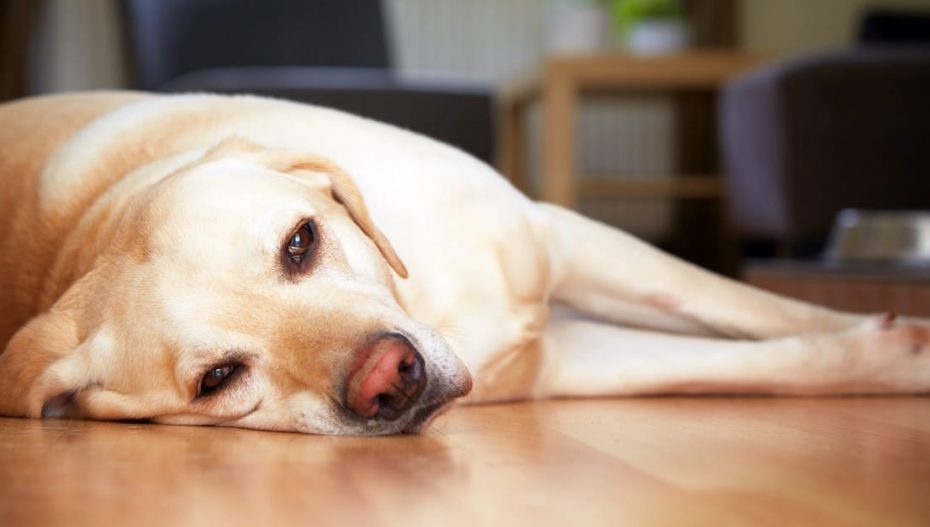 The Canine Parvovirus, also known as CPV or Parvo, is a highly contagious and deadly stomach and intestine virus that mainly affects dogs. With a mortality rate as high as 91% in untreated cases and 55-70% in treated cases, it has rightly been dubbed, “The Puppy Killer”. While there have been reports of over 300 cases in Ahmedabad alone, vets say thousands of stray dogs in Gujarat could have also been infected. This virus attacks dogs, especially puppies but it has the possibility of spreading it across to cats especially through dog poop.

The Parvovirus is generally active in the months of February and March, with occasional infections reported year-round. However, in June of 2021, a strain of CPV, theorised to have reportedly originated in Bhavnagar district, has gripped Gujarat’s furry friends, leaving dozens battling for their lives.

Ohm Vavadiya, a dog owner from Bhavnagar opened up about his experiences with helping his four months old German Shepherd puppy Simba recover from Parvo.

Ohm said Simba suddenly stopped eating and drinking, while also developing weakness and vomiting. His Veterinarian misidentified the symptoms and reassured Mr. Vavadiya that it was a routine weakness caused by a deworming medication. As Simba’s condition worsened, he was rushed to the hospital, where his owners learnt that he was suffering from Parvo.

Ohm watched as his young puppy put on an IV drip of saline solution twice a day for 5 days since he could not eat any form of food. It was nearly a week before he could drink water.

“The number of punctures made in his legs for the IV drips have left him with lasting muscular and bone problems in his hind limbs. But we are glad he is alive”, Ohm said.

He added  that Simba had met a number of other puppies on the day he started to develop symptoms, saying, “It scares me to think of how many other young dogs Simba might have infected, I hope they are all doing well.”

Another couple Kishen and Sheetal Chauhani’s dog also contracted Parvo recently. The family, including their son Aryadev Spoke to Vibes of India. Senom , a four-month-old Rottweiler went through immense agony and pain.

The couple revealed that they are still not sure how their dog contracted the disease. “To be honest, we have had no time to think of how he contracted Parvo, we have been too focussed on helping him get better. It still breaks our hearts to think how many dogs are suffering from this awful illness. So many have died. It is tragic”, the Chauhans said.

Aryadev said, “Senom  used to be such a handsome dog, now he looks almost like a breathing corpse.” He revealed that his dog lost a dangerous amount of weight, and was not able to eat food without vomiting for days. He says the treatment was extremely stressful, his dog needed to be put on an IVF drip twice a day for over ten days. Even now, Aryadev says the young Rottweiler cannot eat solid food and has to sustain himself on IVF, glucose injections and diluted curd.

“In the beginning, we were so worried about him, we had no idea whether he would live or not, even our veterinarian says that it’s a miracle he survived.” Sheetal. Chauhan told VoI. “Thankfully he has started recovering slowly, but looking at his condition still brings tears to my eyes.”

Dr Chaitanya M. Solanki of CM’s Pet Clinic in South Bopal told VoI that Dogs infected by CPV show symptoms such as bloody diarrhea, vomiting, severe dehydration, sores and swelling in the stomach, as well as shock, lethargy and an inability to eat food or drink water without expelling it immediately. Dogs in the later stages of the infection begin to give off a foul smell and stop moving.

Dr. Solanki also stated that Parvo spreads mostly by the consumption or smelling of infected feces. Therefore, dog owners must take special care to keep their pets’ surroundings clean and disinfected. Moreover, touching, sniffing and being around an infected dog or items belonging to an infected dog can also lead to infection.

The virus has an incubation period of 3-14 days, after which symptoms develop rapidly and death occurs within 3-5 days. The virus has no known cure, and according to Dr. Solanki, infected dogs can only be put on IVF drips and immunity-boosting medication to help treat the symptoms and prevent starvation or dehydration. He also recommends that owners completely avoid letting their dogs come in contact with other dogs, change their daily walk routes, and keep their living spaces clean, in order to minimise the risk of infection. The only disinfectant that kills the virus is Bleach, diluted in a 1:10 ratio.

Dr Kaunik Thakkar, a veterinarian associated with Pets and Paws veterinary clinic in Ambli told VoI that there are an estimated 150 active cases of the Parvovirus present in Ahmedabad as of 1st July 2021. He remarked that such a large caseload has never been observed in Gujarat before. He admitted that this figure may very well be a lowball estimate, since several dogs, around 70% of infected cases die before owners realise something is wrong and seek treatment. Dr. Thakkar also says that even with treatment, around 65% of cases result in death. Pregnant dogs who have been infected by the parvovirus will also give birth to infected puppies, out of a litter of 7, only 1-2 pups have been known to survive. As a result, he urges pet owners to stay away from stray dogs and keep their pet dogs away from them. Even dogs who have been cured of CPV can transmit the virus for up to 6 weeks, therefore even seemingly healthy dogs can serve as a source of infection.

He also warns that the parvovirus can survive in soil or feces for up to 1 year in a dormant state, hence asking people to keep their pets away from such materials. He also recommends sanitising and washing your hands and face before petting or touching your dogs or giving them food.

Moreover, the group of dogs hit hardest by the Parvovirus, is the one with no one to help them seek treatment or spend time and resources trying to cure them. Mr. Vishal Potter, an animal rescue specialist and welfare activist told VoI that the highest rate of infection is in stray dogs, with an estimated 3 out of 10 stray dogs suffering from CPV. He also stated that out of every ten infected dogs he rescues, usually only one survives.

The Canine Parvovirus has also been known to infect other mammals, with cats being most susceptible after canines. Since the disease is incurable, prevention via the Parvo vaccine is the only way to protect dogs from CPV. Hence, veterinarians ask pet owners to get their dogs vaccinated at the earliest.

It has also been observed that certain breeds, including Rottweilers, Labradors, Doberman Pinschers, German Shepherds, Huskies and Terriers are more susceptible to the virus.

Vets that VoI spoke to urged pet lovers to get their pets vaccinated, and to follow all precautions recommended by veterinarians.