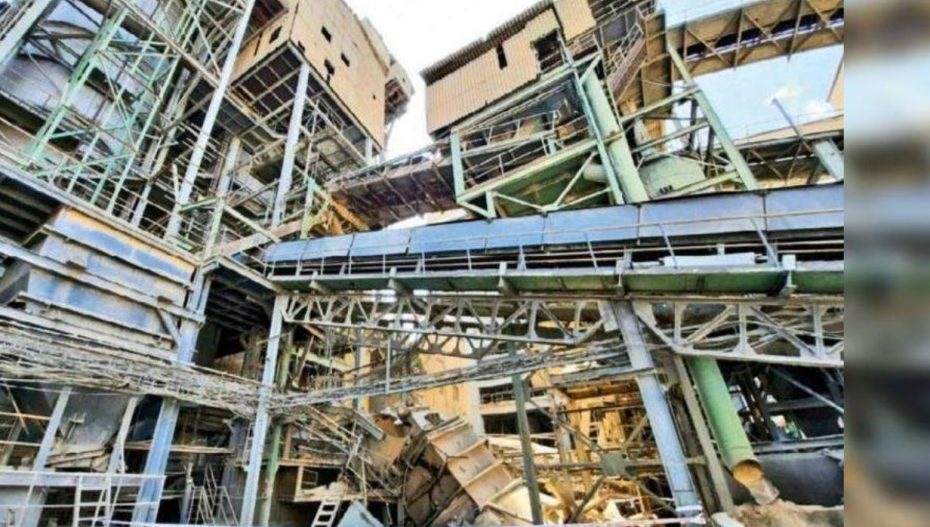 Two were killed and three others were left injured after an overhead container filled with raw material, fell on them at Saurashtra Chemicals, a unit of Nirma Group, on Wednesday. The probe has been ordered into the incident by the Porbandar District Collector, A M Sharma.

The incident being the second industrial accident in the soda ash manufacturing facility in the last two months, the work of the factory has been suspended with immediate effect and will resume only after a detailed industrial safety audit. The assessment is being done by the deputy director of industrial safety. Which is aimed at understanding the cause of the accident as there have been two accidents in a short span of time.

According to police, the incident took place when repair work was underway on an overhead container in which raw material was being filled through a conveyor belt. It is yet to be ascertained that whether it was caused due to human error or it was the old machines that caused the mishappening.

Two deceased include the engineer, Hiren Agrawal (29) and labourer, Pratap Odedara (30). While Hiren died on the spot, Pratap succumbed to injuries at Rajkot civil hospital. One of the labourer, being critically injured, was taken to Rajkot Civil Hospital and the other two were taken to Porbandar Civil Hospital.

According to sources, the district industrial safety officer had completed a safety training program at Saurashtra Chemicals a week before this accident. This training was done to create awareness among workers in the purview of an industrial accident at a cement factory in Ranavav last month.

Following the investigation by the deputy director of industrial safety, an FIR will be registered against the responsible entity, if any negligence is found in the report.

Earlier, on September 17, one labourer had died and the other was left injured while carrying out maintenance of a coal conveyer system in the factory. Following this incident, the operations in the factory were shut and maintenance and assessment work was undertaken. While this work was underway, a worker died on October 2 due to head injuries, despite wearing a helmet, after an iron pipe fell on his head. Apparantly, the accident took place due to a mistake by a fellow worker.

The soda ash manufacturing facility is a unit of Nirma Group which is located on Porbandar-Veraval road. The factory employs over 2,000 workers.