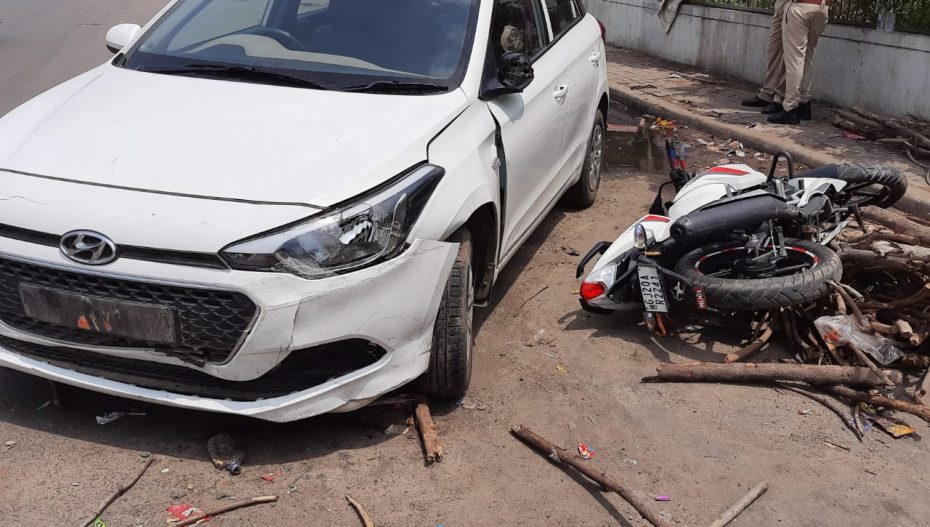 Even as the main accused in the Shivranjani hit-and-run case Parv Shah of Siddhgiri Apartment located in Mithakali was arrested by N division traffic police, the cops have swung into action and begun a full-fledged investigation to know whether the accused was driving his car at high speed or not. It is worth mentioning that a woman was killed and four others, including two children, were injured in the accident which took place at 12.30 am on June 29, 2021.

A senior traffic police official said that they are scrolling through footage of about 15 CCTV cameras installed from Sindhu Bhavan Road to Bima Nagar in Shivranjani area, to know how Shah lost control of the car and whether or not two cars were racing.

“We had even summoned the driver of the black Vento Car, which was seen behind Shah’s car in the CCTV footage. We have booked Dhir Patel, the driver of the Vento car for violation of Covid-19 curfew as he was out on the road without any valid reasons,” said a senior traffic police official.

Traffic cops said they have sent CCTV footage for forensic examination to the Forensic Laboratory in Gandhinagar.

“For analysis of how the accident took place, we have asked a report from a private agency about the technical aspects of the accident.

Complainant Rupesh Bhabhor had claimed at the time of the accident that they had caught one of the accused and handed him over to the police who had rushed to the spot. However, DCP (Traffic) Tejas Patel denied the claims made by Rupesh.

Now, the cops have questioned about seven Home Guard Jawans who were deployed in night duty at Shivranjani to verify the claims made by Rupesh.

Exclusive: Listen to Dhaval Patel. This Gujarati journalist was b...

Gujarat CM Vijay Rupani had to go but his exit has been hastened.