Shades Of Blackk Spalon Gets A Swanky New Address At SBR 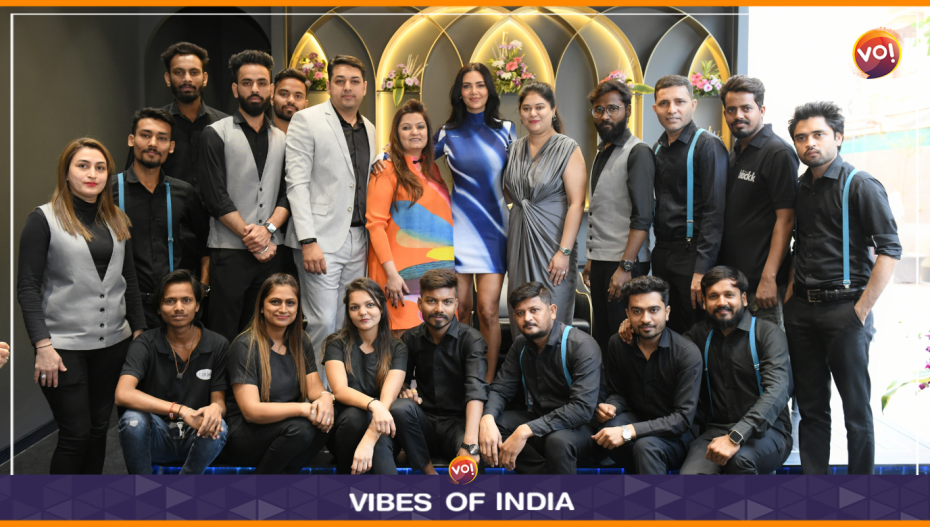 Shades of Blackk Spalon, a well-known brand in the salon segment, has widened its horizons. They have been dominating the salon market for 11 years. Ahmedabad’s very own salon brand—a unisex salon with spa—offers a wide range of services, including haircuts, hair treatments (colours, smoothening, keratin), facials, manicures and pedicures, body spas, and make-up. A part of A&J Multibiz Pvt. Ltd., Blackk Spalon uses international products for all their services

The salon that caters to the needs of your entire family has opened a new branch off SBR, complete with hair chairs, beauty rooms, a make-up room, and a dedicated private area for manicures and pedicures. This award-winning salon is entirely black in colour with the latest trendy aesthetics that make it stand apart in the market.

Bollywood’s glamorous actress, Esha Gupta, inaugurated Blackk Spalon’s new branch at SBR. She was mesmerised by the colour black, as it is rarely seen in salons. She said, “Black is a trend today. Gradually, salon interiors are being done in different gradations of black and grey. It’s a refreshing change from the older interior trends. Blackk Spalon looks vivacious and new—a hint of blue and gold in the entire black interior makes the interior look amazing.” Esha is known for her performances in Jannat 2, Raaz 3, and the recently released Ashram series on OTT.

The company has also ventured into sports, fitness, and educational spaces—the gym is called Blackk Traxx – The Fitnassium, Badmintion academy is named Blackk & One Sports Foundation; and the salon academy is known as Blackkademia: The Grooming School.

On mission and vision, MD of A&J Multibiz Pvt. Ltd, Amrita Mulchandani opines, “Today, having a branch at SBR for any brand is a must. At the high speed at which Ahmedabad is expanding, we would want to expand at the same speed, & so now we are open for franchises. We would want all Amdavadis to have a la grande experience at our salons.”