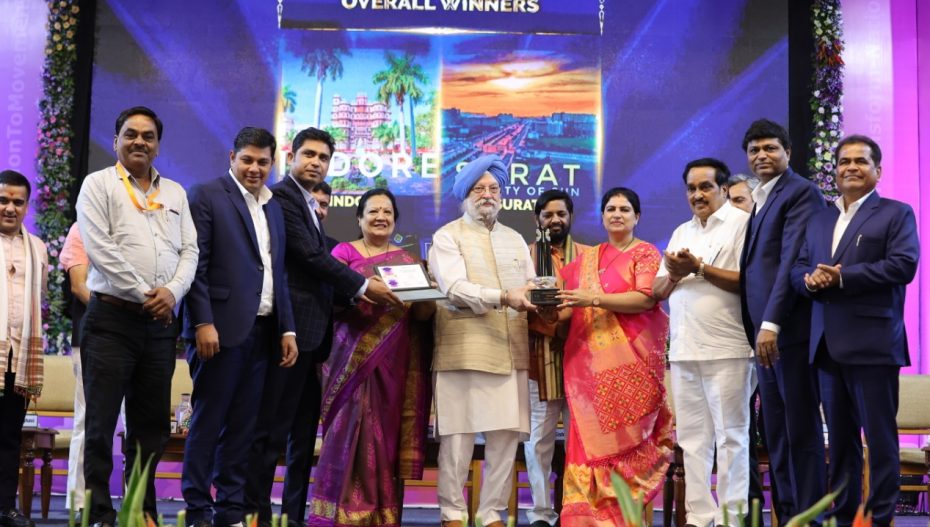 Central Government Minister Hardeep Singh Puri on Monday inaugurated “Smart Cities Smart Urbanisation” conclave in Surat to facilitate, encourage cities to adopt sustainable and smart solutions for urban development. He said that the Smart City Mission is moving towards success with the cooperation of the politicians and the people. This smart city mission has now become a mission to movement. The scheme is becoming more and more successful due to the fact that people are directly involved with the government scheme as well as officials and politicians.

Welcoming the guests at the Smart City Summit, Mayor Himali Bodhwala said, “Surat has prosperity as well as Smartness. The mood of Surat is such that whoever comes to Surat becomes Surat.”” Surat is expected to emerge as the country’s first smart city.” she added.

Urban Development Minister Vinod Mordia said, “the land of Gujarat is the land of Sardar Patel. It is a matter of pride that the Smart City Summit will be held in Surat today under the ‘Azadi ka Amrut Mahotsav’. This mission is going to be completed in 2023. Speaking of cities of Gujarat then not only big cities like Ahmedabad Surat but also small cities like Dahod have developed under this mission.”

Union Minister Darshana Jardosh said, Surat is a city which knows how to turn disaster into an opportunity. Navsari MP and BJP president R Patil said,” it was known as a dirty city with small streets in the city. But now the identity of Surat has changed completely. BJP has ruled Surat for the last 27 years. Surat has got a lot of success in starting the journey of smart city by coordinating with the officials and getting the cooperation of the people.”