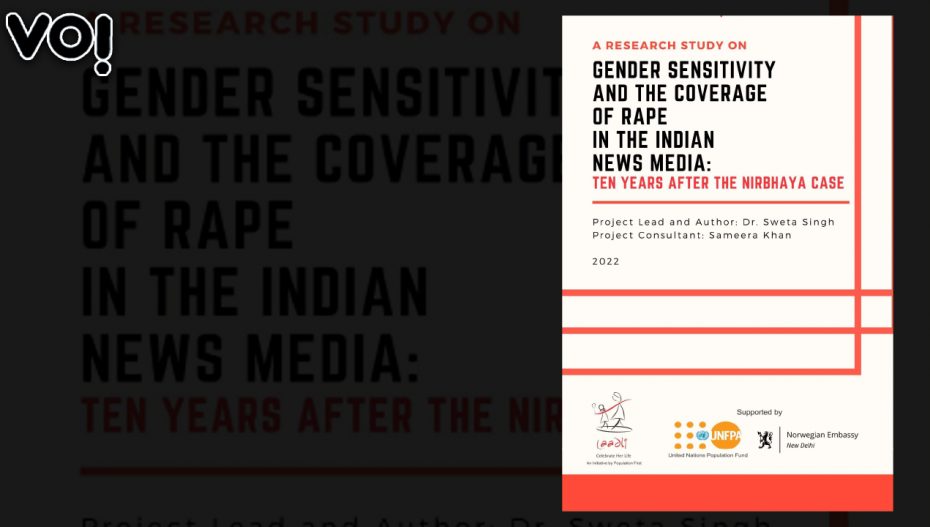 Population First recently released a report titled ‘Gender Sensitivity and Coverage of Rape in Indian Media- Ten Years After Nirbhaya’, which shed light on how sexual assault cases have been reported in the Indian media over the last ten years. In all 200 cases from 41 news agencies were monitored to determine if the publications were following the guidelines for reporting these incidents and handling the matter with sensitivity. Of these 117 were in English and 83 were in regional languages. The report is supported by UNFPA and the Royal Norwegian Embassy in New Delhi.

“The Nirbhaya case in 2012 took the country by storm. A huge public furore followed the reportage of the case in the media. Guidelines were put in place by various authorities, to ensure greater sensitivity while reporting on sexual assault cases. Population First too had conducted several sensitization workshops and distributed widely the reporting guidelines,” noted Dr. A.L. Sharada, Director, Population First in her welcome address.

The report was commissioned to determine if the above efforts had had impact on the reportage of such cases. The Director further said that although great headway had been made, there was still much room for improvement. Talking about the importance of this study, Andrea Wojnar, Country Representative UNFPA, stated, “Media and communications play a very critical role in tackling gender discriminatory norms and structures. Given their reach and influence, they have the potential to be a strong ally in amplifying the voices of women and girls, and support them in upholding their rights, while challenging gender stereotypes and depicting women and girls in gender diverse roles.”

The study analyses gender sensitivity in the news coverage of eight rape cases from different language media across the country. The five cases that were studied in detail are the Shakti Mills case (2013), the Jisha case (2016), the Kushmandi case (2018), the Hathras case (2020), and the IIT-G case (2021). The study was conducted by academician Dr.Sweta Singh, Assistant Professor at Guru Govind Singh Indraprastha University, New Delhi, and Sameera Khan, a noted journalist who joined her as a consultant.

While presenting the findings of the report, Khan said, “Though it is evident that the Indian news media has come a long way in its coverage of rape and sexual assault, it is recommended that in order to further improve reportage, news media organizations need to continually invest in training and skill up-gradation of journalists and editors involved in the coverage of gender-based violence.”

Other key points of the findings focused on difference in treatment of such cases between English and local language publications. It was noted that there was also difference in how cases from various regions were treated. The study suggested regular monitoring of this aspect and also repeated workshops for journalists and media persons.