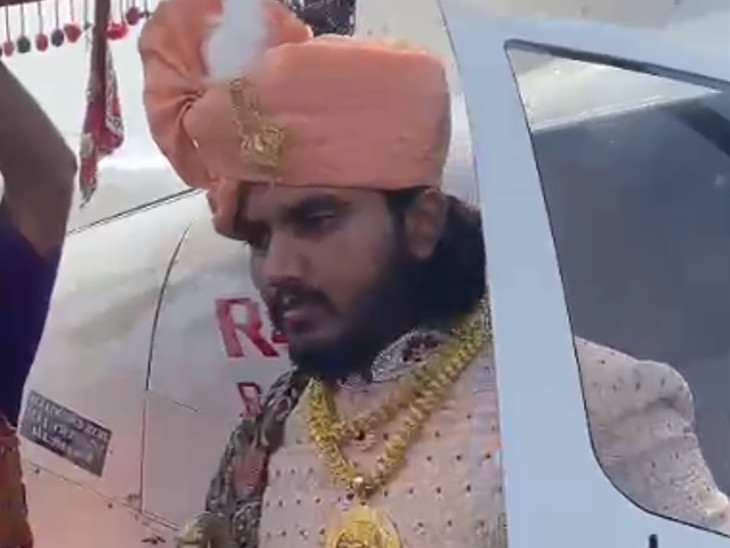 The wedding season has picked up in Gujarat and along with that, the season of grand wedding styles is also here. Every couple wants to do something different at the wedding, everyone makes their own efforts to make this event memorable. A unique wedding of the son of a leader of the Maldhari community of Surat was held.

Rahul Jograna’s unique marriage is being discussed in the Maldhari community and throughout surat. The groom himself arrived at his wedding in a helicopter while the guests were dancing around his entourage on the ground. Upon his landing, he was showered with flowers by the helicopter, thus doubling the enthusiasm of the guests. A royal atmosphere was created throughout the wedding ceremony.

Families and friends of the bride and groom were also stunned along with the spectacle the groom created with his entry in a helicopter.