‘For me, Surekha Sikri was as good as Meryl Streep, Frances McDormand and Isabelle Huppert’ 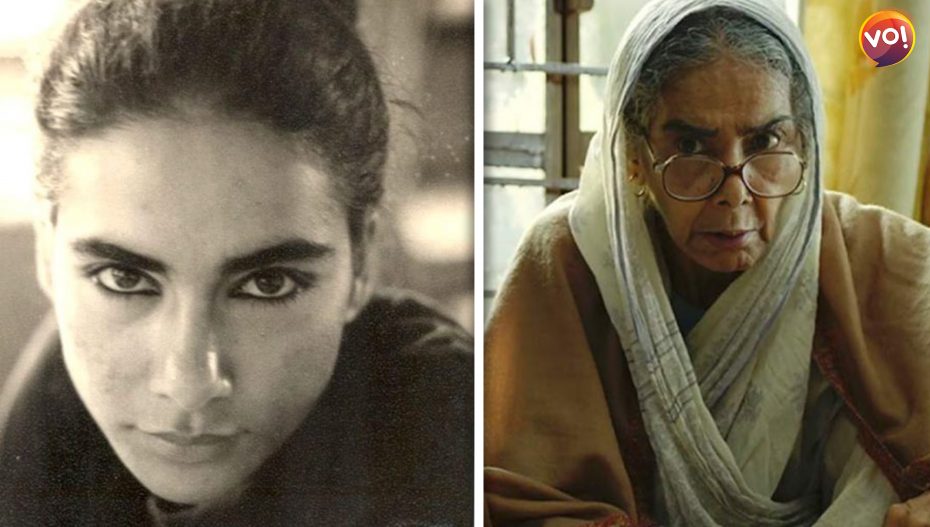 She had not believed in retirement. After suffering two brain strokes, she had wanted to walk on stage and accept the awards that were coming her way for Badhaai Ho. She had wanted to do more films and TV shows, act with Amitabh Bachchan one day. But that was not to be. A cardiac arrest on Friday, July 16, took the three times National Award-winning actress away. Surekha Sikri was 75.

Another National Award winner, Manoj Bajpayee may not have worked with her or even known Sikri personally, but the actor admits that he was in complete awe of her superlative craft and inspired by it. “For me, Surekha Sikri was as good as Meryl Streep, Frances McDormand and Isabelle Huppert,” asserts the actor. “It’s sad that our industry could not use her world-class craft more fully. She was much more than what she was given.”

Balika Vadhu’s ‘Dadi Sa’, as she came to be known as, after featuring in this long-running tele soap, grew up in Almora. While studying at the Aligarh Muslim University, she filled up a form for the National School of Drama distributed after a show of Al Kazi’s King Lear. She sailed into the drama school in the late ’60s worked with the NSD Repertory Company for over a decade, winning the Sangeet Natak Akademi Award in 1989 for her contributions to theatre.

Gulshan Grover remembers seeing her in plays when in college in Delhi. He can’t recall their names but asserts that Sikri was mesmerizing. “She was a sincere performer and made you feel that the situation, the character that she was playing, was for real. I was very young at the time, just opening up to acting, and she was such an inspiration,” reminisces the Bad Man from a shoot.

Sikri made the transition from stage to screen with the political drama Kissa Kursi Ka. It was on the politics of Indira and Sanjay Gandhi and banned during the Emergency. She went on to act in 49 films and TV serials, the last being the anthology Ghost Stories. In Zoya Akhtar’s segment, she played a wheelchair-bound mother, Mrs Malik, searching for her son.

She won several film and television awards, including three National Awards for Govind Nihalani’s telefilm Tamas, Shyam Benegal’s Mammo and more recently, for Badhaai Ho, in which she played Neena Gupta’s the sharp-tongued but sympathetic mother-in-law.

Priti Shahani, the co-producer of Badhaai Ho, remembers Sikri not just for her exceptional talent, but also as a highly intelligent, extremely well-read, most down-to-earth and self-assured woman with varied interests. “I could converse with on a range of subjects, mostly the books we had both read. I met her last at the Editors Guild Award. She was in a wheelchair but her spirit was undimmed, her eyes bright with intelligence and quiet humour. I’m born in September and she would refer to me as the ‘Virgo Woman’ and we’d both laugh over it,” shares Priti.

Sikri was in Mahabaleshwar shooting for a TV show when she suffered her first stroke. She was found lying on the floor by her director and subsequently confined to a wheelchair. “I met her at a few award functions after that and since I was in awe of her, I would go up and speak to her. Even in a wheelchair, Surekhaji was so spirited that I believed she would get back on her feet soon,” says another National Award-winning actress Divya Dutta who rues that she met the veteran actress when she was ailing and despite many opportunities that came up, didn’t get to work with her. “She was one of the most natural actresses I have seen… So subdued and subtle. I loved her jodi with Uttara Baokar. My sweetest memory of her will be the standing ovation she got at the National Awards in 2019 which I was hosting when she was wheeled up to receive her award for Best Supporting Actress for Badhaai Ho,” she concludes.