Three terrorists eliminated in an overnight operation in Pulwama 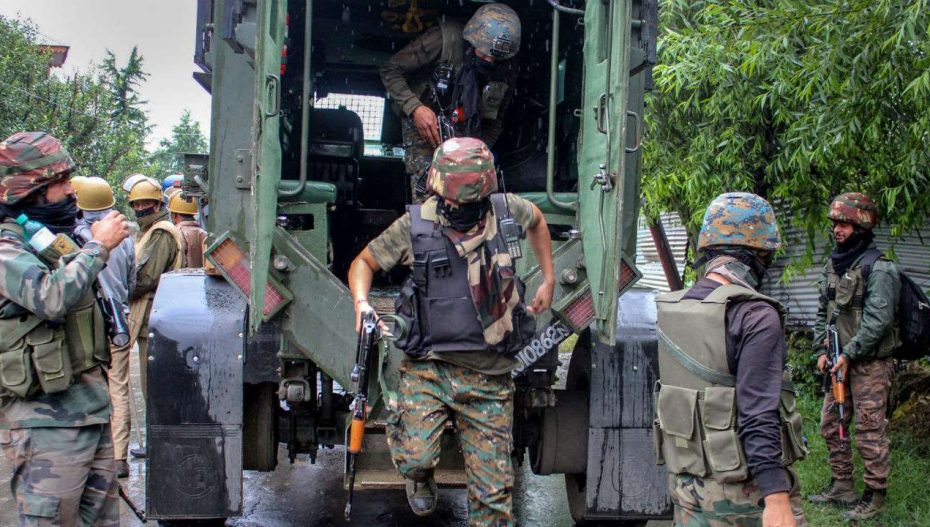 On receiving specific intelligence from JKP of the presence of terrorists in the built-up area of New Colony, Pulwama, an operation was launched by troops of Panzgom, Pulwama based Rashtriya Rifles Battalion, JKP, and CRPF at 11:55 pm on 13 Jul 2021.

As the troops were laying cordon at 01:20 AM, the terrorists opened fire on the troops and tried to escape taking advantage of darkness. Alert troops immediately returned fire and trapped the fleeing terrorists in a house.

A call for surrender was given but terrorists continued firing indiscriminately and a firefight ensued.

In an eight hours long operation, Aijaz Abu Huraira, a Pakistani Terrorist, and two other terrorists identified as Javed Rather, of Tahab, Pulwama, and Shahnawaz Gani of Srinagar belonging to LeT were eliminated by Security Forces.

Two AK-47 rifles, one pistol, and other warlike stores were recovered from the encounter site.

Information as received from the PRO (Defence), Srinagar.